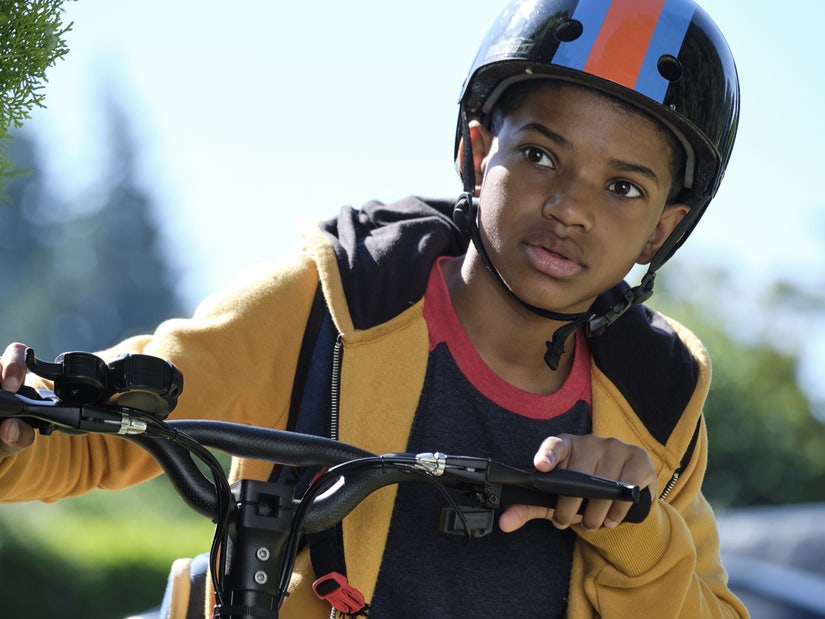 "He puts love and passion and magic into every single detail," Chavis said of Oyelowo.

Lonnie Chavis is opening up about "one of the best experiences" he's had in the industry: shooting his new film "The Water Man."

The family adventure movie, which is executive produced by Oprah Winfrey's Harpo Films, follows Gunner (Chavis), a young boy who, hoping to save his sick mother (Rosario Dawson), embarks on a quest to find the Water Man, a mythic figure said to possess the secret of immortality. "The Water Man" also stars and is directed by David Oyelowo, who makes his feature film directorial debut. 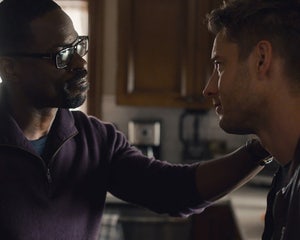 TooFab caught up with Chavis to chat about the film, including his experience working with Oyelowo and Dawson, what it was like shooting in the Oregon wilderness and why he thinks viewers will identify with "The Water Man."

Chavis also spoke about "This Is Us," on which he stars as young Randall Pearson, and reflected on why it's important that his character's voice as a Black man in a white family represents and speaks on behalf of minority voices. The 13-year-old actor also told TooFab what inspired him to create his organization, Fix Your Heart.

You play Gunner, a young boy who is determined to find a way to heal his sick mother. How did you prepare for this role?

"I mean, honestly it was really easy because I had my mom on set with me the entire time. I had a lot of fears in this movie and heights was one of them. So, there were lots of scenes, for instance, the log scene, that was really high up and I didn't want to do it, but Mr. David [Oyelowo] came to me and gave me a personal story about his life and made me tap into my own and made me realize I see myself in Gunner and I am Gunner and that I would do anything to save the people that I love, especially my mom."

For much of this film, your character is out in the woods on a quest to find the Water Man. What was it like filming out in the Oregon wilderness? It must have been a big change of scenery from the "This Is Us" set.

"It was very different than what I'm used to, but it was awesome. There were lots of different biomes that we went through. It was super hot some days. It was really cold some days. There were days that it was really, really stormy and rainy and we could barely even shoot. It was definitely different than what I'm used to, but I liked the wilderness. It was definitely a slower pace than out here. I live in LA."

What did you learn from that experience filming out in the wilderness?

"To get off my phone, honestly. I mean, there wasn't a lot of cellular connection out there, so we were always just talking to each other and just [got] intimate with the vibe, just being kind to each other. I honestly just wanted to stay off my phone and pay attention to life."

You got to work with both Rosario Dawson and David Oyelowo, who makes his feature film directorial debut with this movie. What was it like working with them?

"Well, with Mr. David, you'd think it'd be hard for somebody who's not only an actor, but a director of the movie...especially because it's his direct[orial] debut because of how many things he has to control. He has to control the camera angles. He has to control other people's makeup, his makeup. He has to control the set. He has to control a bunch of things, but Mr. David had a grip on all of them. I mean, he managed all of them smoothly, patiently. He treated everybody with kindness, respect. He treated people how he wants to be treated. I remember the first day on set you could just feel the magic and the love. He puts love and passion and magic into every single detail, like the lullaby that Ms. Rosario sings to me. That's the lullaby that Mr. David's wife had made for his children. It's just love and magic and they did it to every single detail."

"And then working with Ms. Rosario was like [working with] a real mom. She's a real mom. It was so fun. It was one of the best experiences I've ever had in the industry in a long time. She's one of the sweetest and most nicest people you could ever meet in the industry too, especially in Hollywood. Man, it was definitely different. In between every single take we were laughing so much. We were just laughing about the dumbest, most stupidest things like, 'Oh look it's a bird!' And then as soon as they say action we both snap back into character. She's a true professional -- honestly a great human being."

The one and only Oprah Winfrey is an executive producer on this film. Did you get to meet her? Was she on set at all? 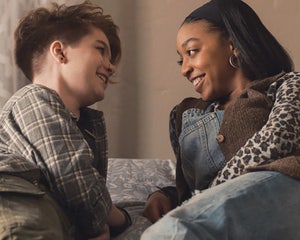 8 This Is Us Tissue Moments Ranked: Beth Faces Her LGBTQ+ Issues, Nicky Lashes Out at Miguel

It's been a hard year for everyone. Why is this the film we need right now? Why should everyone go see it?

"There's a lot to identify with [in] the film. I mean, there's love, there's hope, there's faith, there's family, there's friendship, there's sacrificial love. There's lots of traits to this film. And I feel like a lot of people need that right now, especially after quarantine. I hope people take away to not take time for granted that love has no limits because, after quarantine, a lot of people are taking time for granted now. We only have a limited time now that corona is out in the world doing badness. That's really what I hope happens after this movie comes out. I'm really excited."

Let's talk about "This Is Us." There are only a few episodes left of Season 5. What part of Randall's story do you connect with most?

"All of it. I mean, I've grown. Besides the part of him living in a white family, I feel like I've grown up that away. I started learning about racism at the same time that he did [and] why somebody else would judge you because of the content in your skin not the content of your character. It was a really tough time for me. What you saw on the screen was real. I mean, that was barely even acting. So I actually had to learn about racism, I guess you could definitely say I've grown up with Randall over the years."

Why is it important for Randall's voice as a Black man in a white family to represent and speak on behalf of Black Lives Matter and minority voices?

"I feel like it's really important for not only somebody who's a Black person, but everybody to start using their voice and speak up. Not only is the Asian community getting the hate right now -- it's disgusting, disgusting -- it's exactly what happened to us and as a Black community, we have to do exactly what they did for us. We have to speak up and fight against injustice." 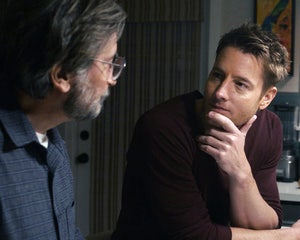 Do you and Sterling K. Brown [adult Randall] compare notes or talk regularly about how to portray Randall collectively?

"He actually works on a different set than me. So we're sort of [on] different stages at Paramount, but we're actually -- we're pretty close. So we see each other in passing, but we don't really get time to connect with each other unless it's lunch. So not really all the time, but sometimes."

Would you say it is easier to play a character you share with other actors or is it more challenging?

You co-founded Fix Your Heart, an organization to help important issues such as bullying, homelessness and fair treatment of all people. You also created an FYH clothing line. What inspired you to do this?

"It emerged from a video that I had posted due to not only people online, but people in my life that I thought were friends to me, telling me that I need to fix my teeth because I have a gap in my teeth -- or I had one -- and I had a lot of people come to me not only in comments, DMs ... but people I thought were close friends, which really hurt me. [There was] lots of hurt at the time, but I wanted to make the video and I said that braces can fix this, but can fix your heart though?"

"When I say, fix your heart, fix your heart means to have the accountability to correct your own actions and be better than others. And maybe sometimes just yourself."