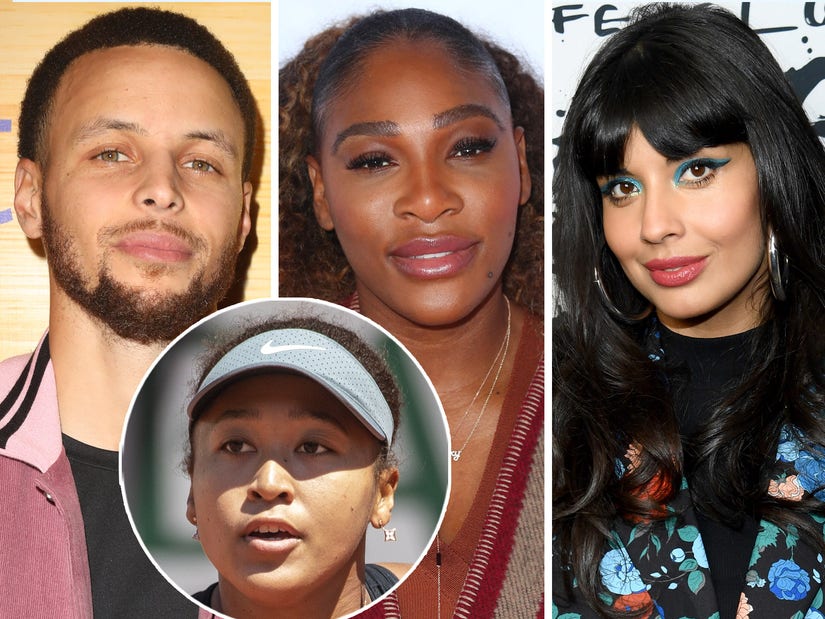 "You shouldn't ever have to make a decision like this-but so damn impressive taking the high road when the powers that be don't protect their own. major respect."

Celebrities are voicing their support for Naomi Osaka.

The 23-year-old Japanese professional tennis player announced on social media on Monday that she had decided to withdraw from the French Open tournament. The announcement came less than a week after Osaka said she wouldn't be participating in media conferences during the tournament over concerns about her mental health. Following her first win on Sunday, Osaka received a $15,000 fine as a result of not doing press.

In her lengthy statement, which she shared on both Twitter and Instagram on Monday, Osaka said she would be quitting the French Open -- also called Roland Garros -- and noted that she didn't mean for her decision to not speak to the media to become a "distraction" from the tournament.

"The best thing for the tournament, the other players and my well-being is that I withdraw so that everyone can get back to focusing on the tennis going on in Paris," she wrote in her post, above. "I never wanted to be a distraction and I accept that my timing was not ideal and my message could have been clearer. More importantly, I would never trivialize mental health or use the term lightly."

Osaka went on to reveal that she's "suffered long bouts of depression" following the US Open in 2018 and said she experiences social anxiety. She added that she gets "huge waves" of anxiety before she has to speak to the media.

After Osaka posted her announcement, stars from the sports world and beyond rallied behind her on social media.

During a post-match conference at the French Open, Serena Williams said "everyone handles things differently" and that Osaka is "doing the best she can."

"I feel for Naomi. Not everyone is the same. I'm thick. Other people are thin," she said, per Associated Press. "Everyone is different and everyone handles things differently. You just have to let her handle it the way she wants to and the best way she thinks she can. That's the only thing I can say: I think she is doing the best she can."

Billie Jean King -- who has won 39 Grand Slam titles -- took to Twitter, praising Osaka for opening up about her mental health struggles.

"It's incredibly brave that Naomi Osaka has revealed her truth about her struggle with depression," King tweeted. "Right now, the important thing is that we give her the space and time she needs. We wish her well."

Martina Navratilova, who is an 18-time Grand Slam singles champion, wrote on Twitter that she's "so sad" about Osaka. "I truly hope she will be ok," she added. "As athletes we are taught to take care of our body, and perhaps the mental & emotional aspect gets short shrift. This is about more than doing or not doing a press conference. Good luck Naomi -- we are all pulling for you!" 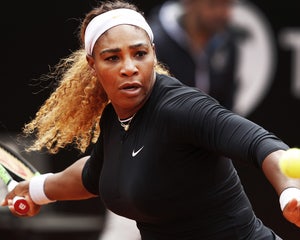 "You shouldn't ever have to make a decision like this-but so damn impressive taking the high road when the powers that be don't protect their own. major respect," Curry tweeted.

"We are with you @naomiosaka #Courage," Wilson wrote.

Several other athletes sent their love to Osaka on Instagram.

"So proud of you. Take care of yourself and see you back winning soon! ❤️❤️❤️ " Venus Williams commented.

Similarly, Brooklyn Nets player, Kyrie Irving, told Osaka, "We are with you Queen. Just Be You, that will always be enough."

See more messages of support from athletes in the tweets, below.

I am so sad about Naomi Osaka.I truly hope she will be ok. As athletes we are taught to take care of our body, and perhaps the mental & emotional aspect gets short shrift. This is about more than doing or not doing a press conference. Good luck Naomi- we are all pulling for you!

It’s incredibly brave that Naomi Osaka has revealed her truth about her struggle with depression.

Right now, the important thing is that we give her the space and time she needs.

We wish her well.

You shouldnt ever have to make a decison like this-but so damn impressive taking the high road when the powers that be dont protect their own. major respect @naomiosaka https://t.co/OcRd95MqCn

Even though it shouldn’t have to be like this, I’m proud of you for putting your foot down. Your mental health matters and should always come first. https://t.co/SKJlfTJuGm

It’s so sad that we are in a time that when a young person tells you they need help or a break, people respond with anger and a lack of support! I stand with you @naomiosaka Your mental health is just as important as your physical health ❤️🙏🏾

Meanwhile, it wasn't just athletes who voiced their support for Osaka. Several Hollywood stars also spoke out on social media.

"Imagine punishing someone for having anxiety... in 2021," she added. 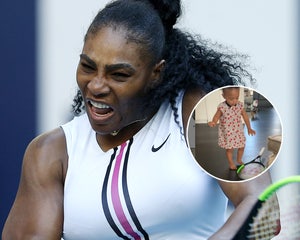 "You thoughtfully spoke your truth...❤️❤️❤️" Ellen Pompeo commented and Chelsea Handler said, "Good for you."

"It's the tourney's loss and our loss as viewers The Open did not support you more 🎾 Your return will be epic I know 💥 ," Jaleel White commented, while Jordan Sparks told Osaka, "You do what's best for you. Period. Sending you so much love. 🤍🙌🏽."

Supermodel Naomi Campbell wrote, "take care of you and be kind and easy on yourself, your health comes first ..gracious and brave for you to share with the world. your [sic] in my thoughts and prayers❤️❤️❤️."

Osaka's boyfriend, Cordae, added, "No need to apologize to ANYBODY!"

Meanwhile, Nike, who has a sponsorship with Osaka, praised the tennis star for her decision to withdraw from the tournament.

"Our thoughts are with Naomi. We support her and recognize her courage in sharing her own mental health experience," Nike said in a statement, per CNN.

Let’s boycott the French open. Naomi is the most exciting player anyway. Imagine punishing someone for having anxiety... in 2021.

Proud of you, @naomiosaka. https://t.co/ReCg1K33oA