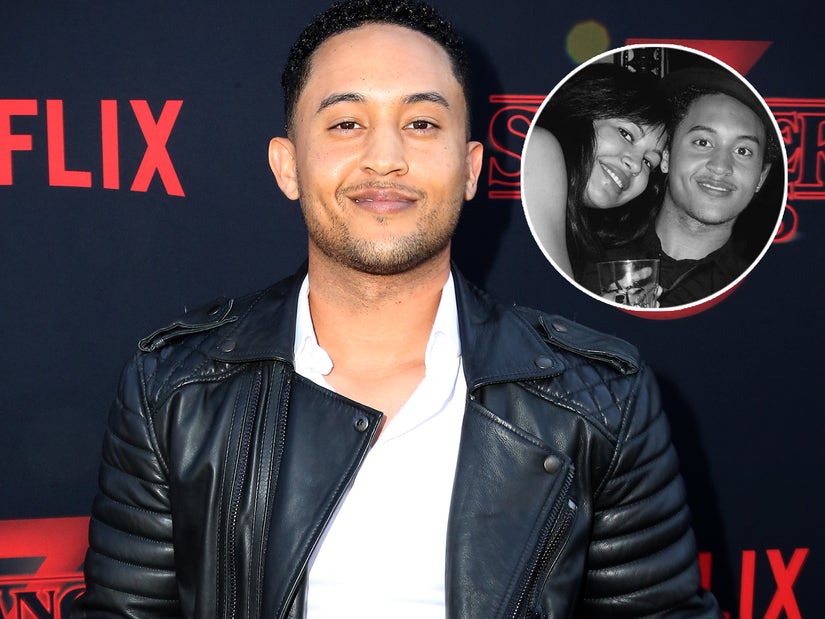 "I know someday someone might, but it's hard to measure up to the type of girl and woman she was."

Tahj Mowry has nothing but love and respect for the woman he says he still holds very high in the echelons of all those he's dated. In fact, he thinks he's subconsciously holding back on dating because of how highly he holds Naya Rivera.

The actor met the "Glee" alum on the set of his '90s sitcom, "Smart Guy," but it wouldn't be until 2000 that they reportedly started their four-year relationship. And even after all these years, he describes Naya as his "first everything."

The late actress came up when he was asked his first celebrity crush growing up in a new interview with Glamour. "That's easy for me," he said, quickly dropping her name.

He said that he still struggles with her passing, and remains in communication with her family. "I just want to make sure I’m respectful of that and what her family is going through," he said.

It's telling that when he was describing his "type," such as it is," Tahj said, "the main things are confidence; for her to have her own thing going as well. There’s something so sexy about a working woman. I think that’s fire."

In that response, though, he also said that he hadn't dated in a long time. He then delved a little deeper into that idea while thinking of Naya.

"I think subconsciously it’s why I never really date like that because no one really ever-- I know someday someone might, but it’s hard to measure up to the type of girl and woman she was," he said.

It's a similar sentiment to what he wrote after Naya was first discovered missing, but before her body was recovered. In those few days of hope, he wrote to her in a heartbreaking Instagram post revealing their relationship and expressing how much she still means to him.

"No woman has ever measured up [to] what you gave me or how you made me feel," he wrote. "I've never liked to admit it but I have never stopped loving you."

Now that she's gone, Tahj said that he struggles to even talk about his feelings "because they don’t even measure up to the pain that [her family] went through and are still going through."

He hasn't given up on love, though, saying he does want to meet his wife someday, and is even looking forward to the opportunity to be a father. "It does excite me to think about myself as a dad because I know I’ll give my all into it," he said.