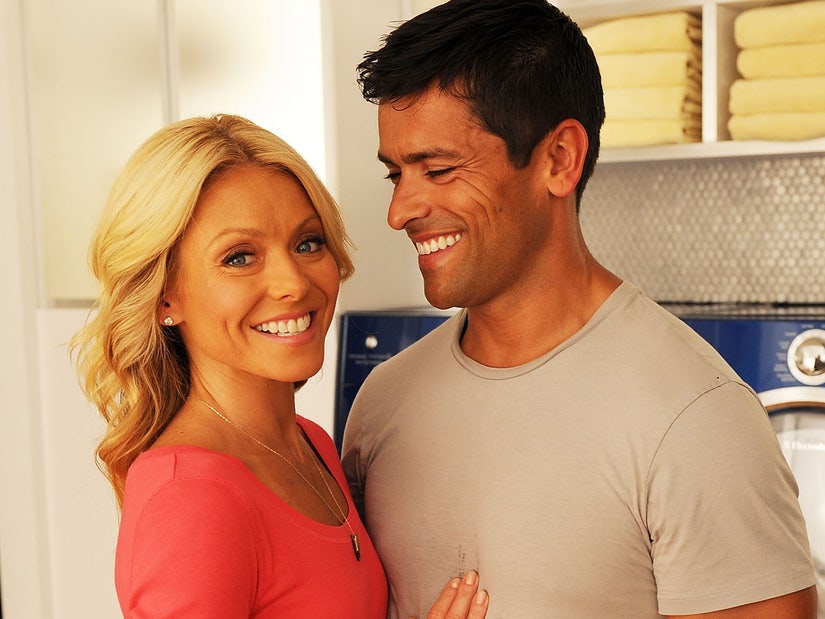 Kelly shared two snaps taken by her and Mark on their family vacation... and there's quite a difference.

Kelly Ripa poked fun at her husband Mark Consuelos' skills behind the camera... or lack thereof.

Taking to her Instagram on Wednesday, the talk show host shared two photos taken during their family vacation: one by Kelly and one by Mark. The former features Mark with their sons Michael, 24, and Joaquin, 18, standing in a street, all well-lit with smiles on their faces. However, when Mark took his turn shooting Kelly with the boys, their faces totally covered in shadow due to the lack of lighting.

"The photo battle between us continued on our trip to #alberobello," Kelly captioned the two competing snaps. "I think there's a clear winner."

This isn't the first time the couple -- who also share 20-year-old daughter Lola -- had a photography battle. Last year, Kelly shared throwback snaps from their honeymoon in Rome where the pic Mark took of Kelly was also completely dark.

"We took pictures of each other. (Again, why i take all the pics)," Kelly joked.

Check out the pics, above!