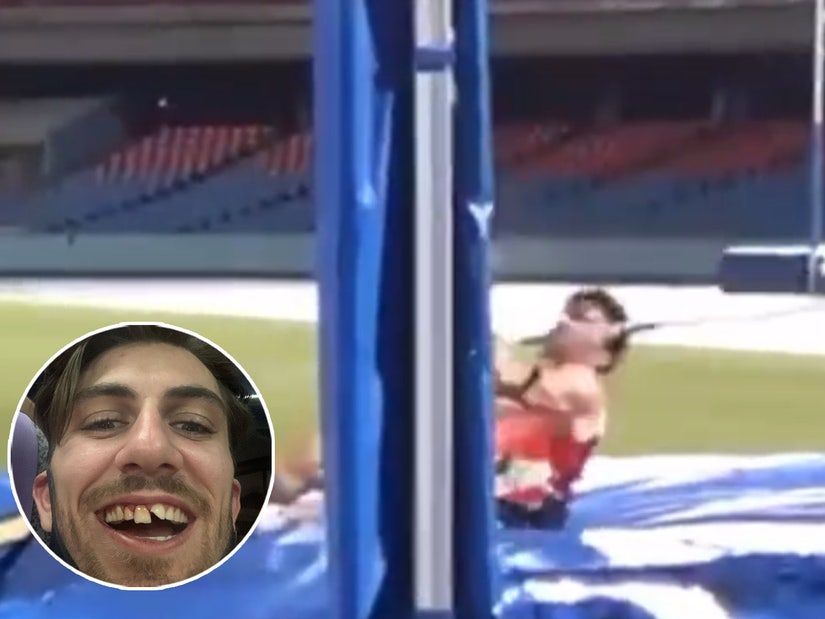 "I hope @tokyo2020 has a good dentist around," he joked after sharing the tooth-shattering video.

He may or may not go home with the gold, but British Olympian Harry Coppell will definitely leave Tokyo with something to show for it: New teeth.

The UK pole vaulter is making headlines after shattering his front teeth during practice for this year's big event in Japan. Coppell, 25, was actually the one who let everyone in on his injury -- sharing a series of photos and videos to his Instagram page earlier this week showing the moment the pole busted up his chompers.

"Got some good vaulting done tonight at the @teamgb holding camp! HOWEVER ..." he captioned his post. "The bar then fell on my face and messed up all my teeth 🙄😅 I hope @tokyo2020 has a good dentist around."

He was nice enough to even include a slow-motion version of the incident, showing him failing to clear the bar, knocking it off the hinges and then neglecting to stop it from smacking him in the face. Coppell also included a photo of himself smiling -- cracked teeth and all.

"Don't worry bro, I knocked out 4," USA pole vaulter Sam Kendricks commented on the post, while British long-distance runner Amy-Eloise Markovc joked, "This is when masks come in handy." 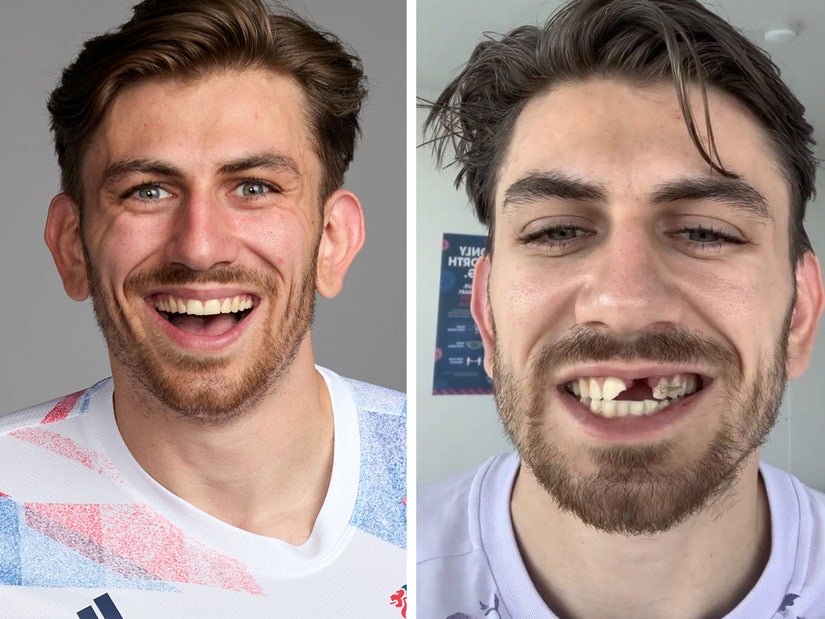 In an update to his Instagram Story, Coppell revealed at least one of his teeth was totally removed.

"All night with the dentist and i have one less tooth 🙄😅," he captioned a photo of his new smile. One chipped tooth was still visible, as Coppell joked, "I'm gonna tell people I was in a bar fight."

As everyone was wearing masks during Friday's Opening Ceremony, it's unclear whether Coppell has been able to fix that grin -- which, judging by the photo above taken ahead of the Games (left), was actually quite a nice smile.

Coppell will compete on June 30, with pole vault finals taking place on August 3.