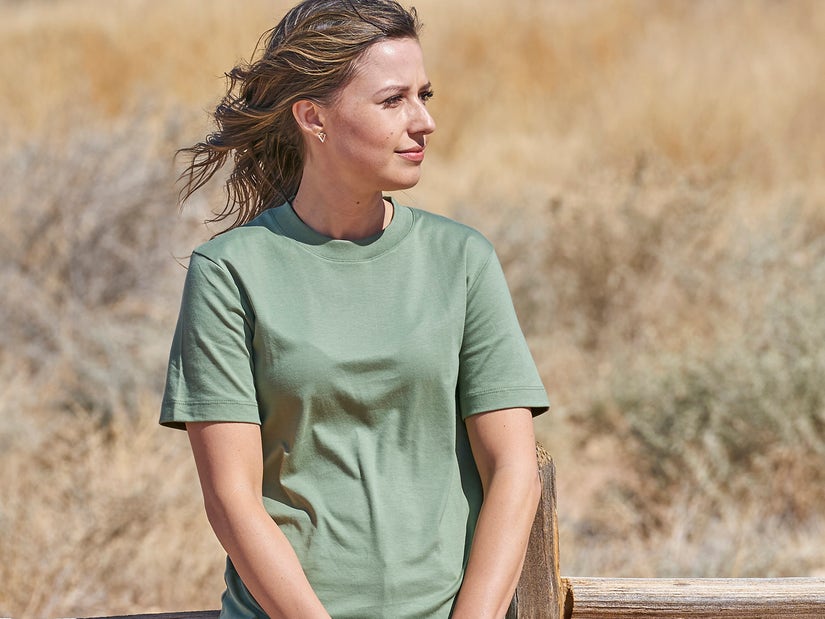 "At this point, the confidence and the strength I thought I had is, like, destroyed," Katie tells co-host Kaitlyn Bristowe after Hometowns disaster.

This week was Hometowns, or in the case of pandemic-era "Bachelorette," some cheap almost-nods to hometown life for the guys. Do you live near the shore in New Jersey? How about a blow-up surf game. From Canada? Chug syrup and play street hockey. 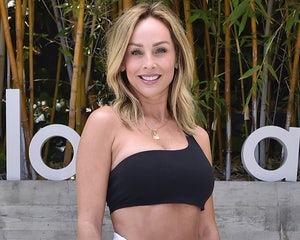 Had a deep and meaningful connection with your late father over basketball and want to share that with the woman you love? We can throw a hoop up on half of a tennis court -- but we're NOT taking down the net. Do you know how many minutes it takes to put up?

Okay, so "The Bachelorette" apparently blew its entire budget on the box James spent most of Night 1 in. Or maybe the airfare to fly the families to New Mexico rather than the contestants to the families was just that much higher.

Whatever the reason, Hometowns went really cheap and really lame for the day portions. It's a good thing Katie was more interested in sucking face with her three finalists, Blake, Justin and Greg, than really soaking in these totally (ahem) immersive experiences.

Things got a little meatier and more meaningful when we finally got to spend some times with the families. But this is also where everything went terribly, horribly, confusingly wrong. Actually, things started to go wrong a little earlier than that, but we'll get to that in a bit.

Before we get to anything, though, we have to say that we're mostly pleased with the news, per Variety, that both Kaitlyn Bristowe and Tayshia Adams will be back as co-hosts for Michelle's Young upcoming Season 18 of "The Bachelorette." 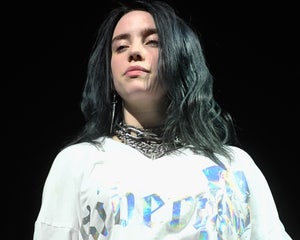 Blake and Katie have neither one used the l-word with one another. Blake, in fact, went so far as to pointedly tell Katie that he's not in love with her, but he can see himself getting there, and she appears to feel pretty much the same.

A pivotal experience for him was going to be seeing how she interacted with his family. Luckily, they all seemed to adore her, and were actually more cautious about Blake himself. His sister Taylor called him out for thinking Clare Crawley was "the one," then Tayshia Adams and now Katie.

His mom, meanwhile, warned him that if he doesn't say he loves Katie and she's said that and received that from other guys, they may be further along than he is with her, which could cost him in the end.

All of this solidified for Blake that he is in love with her ... but he still didn't have the never to say it. Normally, we'd be with his mom in saying he needs to man up and say it if he feels is but we kind of think he made the right call here! 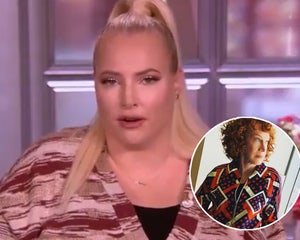 Sadly, Justin's Hometown didn't even involve his parents, as they didn't make the trek to New Mexico for a reason no one bothered to tell us. Bachelor Nation wants answers and Bachelor Nation ... is probably not going to get any answers.

Luckily, Justin's best friends showed up instead, and his buddy Herb, in particular, really came through with some reasonably tough questions for Katie and genuinely tough love for Justin.

When Justin admitted that he, too, had not yet expressed love For Katie, nor she for him, saying that there was still time, Herb checked him hard on that. There's two weeks to the end of this show, bro, and that's probably like a few days in real time (we've heard Katie's season was done pretty quick).

Justin finally decides it's time for carpe diem, and so he seizes his day and tells Katie how he feels. She responds by kissing him, which seems to be enough for him in this moment. At this point, we've got questions raising in our head about Katie's strategy here. 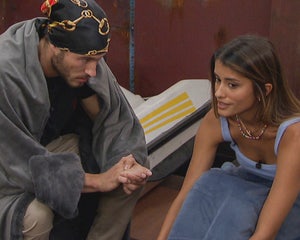 Those questions exploded as Greg's Hometown turned into "Titanic," with an about face that hit as hard and out of nowhere as that damned iceberg. Is there enough room on that door for both of them?

As with every experience Greg and Katie have had, the day portion was filled with laughter and joy and an ease and chemistry that couldn't be denied. He's been our frontrunner to win since their time together in the first episode, and he quickly became hers, too.

She did everything she could to assure him and his family that he was her guy -- except for one thing. At this point, we found ourselves wondering just how much she was restricted from saying her truth during these moments for dramatic effect on the show.

If this show is about finding love, we can't help but wonder how many relationships have been damaged by the hamstringing of the lead by production or contracts or whatever other rules they're forced to follow so BN can enjoy the "most dramatic season ever!"

This one slammed into that iceberg in the dramatic moment that Greg decided he needed to hear from Katie that she loved him. With an engagement looming, this was actually not an unreasonable request.

Katie had just spent the night telling his entire family that she was holding strong to a policy of not saying she loved anyone until she was down to her winner. She felt this was more fair so long as there are still multiple guys in the house. Previous Bachelors and Bachelorettes have dropped the l-bomb as many times as felt appropraite.

Telling Katie that she was filling the hole in his heart left by the loss of his dad, Greg clearly wanted and needed Katie to tell him that she loved him in that moment. But she stayed true to her vow -- awkwardly so.

It was uncomfortable watching those pregnant pauses, and the more he flailed and ultimately started having a complete and total meltdown about her not giving him what he needed, the more confused she got. But most importantly in our mind, she hadn't explained to him her "love" policy.

Or maybe it didn't matter. 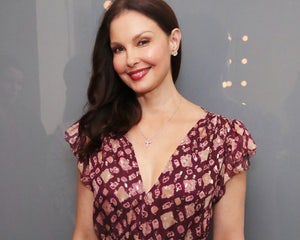 After a fantastic day, the night ended in total disaster, Katie leaving confused and Greg leaving confused. But he stewed and got himself so worked up that he went back and confronted her again in her room about the whole thing.

While he said he didn't go in with an agenda, he appeared to do just that. She tried to explain her "love" policy, but he blew that off saying it wasn't about that, it's the fact that she didn't even hear him when he was real with her.

He thought she put up a wall, and maybe she did in a way. We've no idea what was in her head, but it's possible she knew exactly what he wanted in that moment and was wrestling with her own policy.

She'd tried to assure him he was safe this week, that he was her front-runner, but that only infuriated him more because to him this wasn't about the show anymore. It was about being real. It's as if the only thing that would have satisfied him would have been for her to quit the show then and there and choose him, the way Clare quit her season for Dale Moss.

What was surprising was how quickly he threw their entire relationship away, all the moments before that meant nothing because he didn't get what he needed in that moment without ever saying what it was he needed. Katie didn't communicate well there, but neither did he. 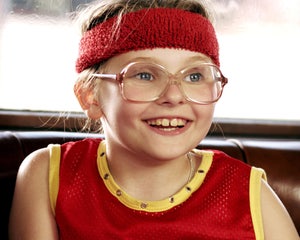 He got overly aggressive, hostile and angry almost immediately that she couldn't figure out what he needed emotionally and give it to him. They've only known each other so long and she's in such a complicated position.

On top of that, he's been struggling all season with the fact she's dating other people, battling the geen-eyed monster of jealousy. So it didn't help that quarantine "Bachelorette" meant he was able to see a part of her Hometown with Blake, including them giggling and kissing.

As such, his insecurity was higher going into his own Hometown, and we suspect grief played a part in his emotional state as he was connecting Katie with the loss of his father by saying she was filling that hole in his heart.

With Greg abruptly shutting down, refusing to hear Katie even harder than she failed to hear him the night before -- we're still not sure if that was his pride or fear or insecurity or some combination -- Greg called it quits.

After regretting letting Andrew walk, even begging him to come back, and then having Michael quit last week and now her frontrunner Greg quit this week, Katie was left wondering if this was all worth it.

The guys she was choosing weren't choosing her, so what was the point of continuing this journey. By the end of the episode, she told Kaitlyn she wanted to book a ticket home.

Teasers for next week were vague at best, with Katie talking to her mom and Kaitlyn and Tayshia confronting Justin and Blake with a game-changing announcement. But that could just be that Greg quit and things are moving forward.

Or it could be that Katie legitimately went home (even if just for a while) and the whole final episode is going to be unlike anything we've seen before. Could it truly be the "most dramatic" finale ever? 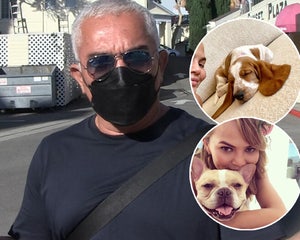