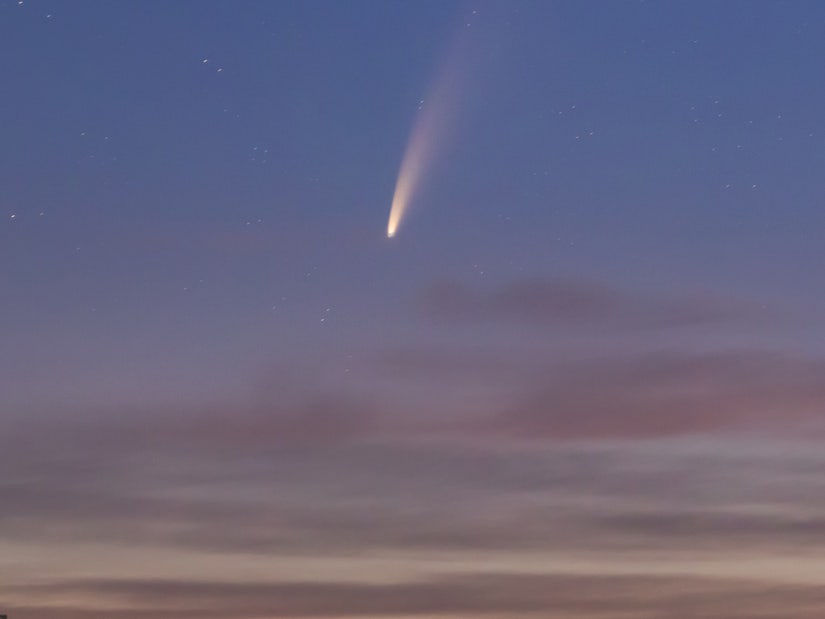 It smashed through the roof — missing her head by inches.

A Canadian woman was very nearly star-struck when a shooting one smashed through her roof and landed in her bed.

On the night of October 4, Ruth Hamilton was asleep in her home in the small town of Golden, British Colombia, when she was suddenly awoken by something striking her pillow... something quite literally out of this world.

Startled by the crashing noise and feeling debris on her face, she dove out of bed: "I just jumped up and turned on the light, I couldn't figure out what the heck had happened," she told Vic News.

That's when she noticed the big hole in her ceiling ... and the large rock resting on her pillow were her head had just been.

Calling 911, police arrived and quickly deduced the intruder had not come from a nearby construction site — but much, much further than that.

“We called the Canyon project to see if they were doing any blasting and they weren't, but they did say they had seen a bright light in the sky that had exploded and caused some booms," Hamilton recalled.

The only logical explanation left: a meteor had travelled thousands of miles through space, survived burning apart in Earth's atmosphere, and landed right in her bedroom.

"I was shaking and scared when it happened, I thought someone had jumped in or it was a gun or something," she said. "It's almost a relief when we realized it could only have fallen out of the sky." 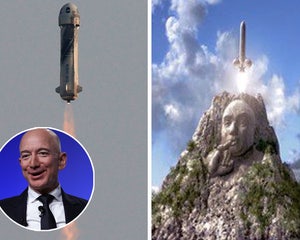 Hamilton wasn't injured, but her roof certainly was; her insurance company — which had never handled a space-debris damage claim before — scheduled a walk-though to asses whether or not a claim would be covered.

Even if it isn't, Hamilton now has in her possession something that could easily cover the cost: according to LiveScience, meteorites can be worth up to $1,000 per gram.

However, the grandmother says she plans on hanging onto it for the time being, adding that her grandkids think it's "pretty cool."

'An explosion in the sky': Golden, B.C., woman nearly hit by meteorite after it crashed through her ceiling https://t.co/U8i80rgS22

"I'm just totally amazed over the fact that it is a star that came out of the sky, It's maybe billions of years old," she said.

Another thing the close call has given her is a new appreciation of life: "The only other thing I can think of saying is life is precious and it could be gone at any moment even when you think you are safe and secure in your bed," she added. "I hope I never ever take it for granted again."

While the law is ambiguous regarding ownership of meteorites found on public lands (any that land in national parks belong to the federal government and cannot legally be kept, for example), there can hardly be an argument if it literally lands in your bed beside you. 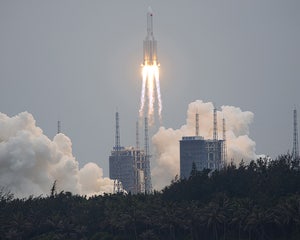