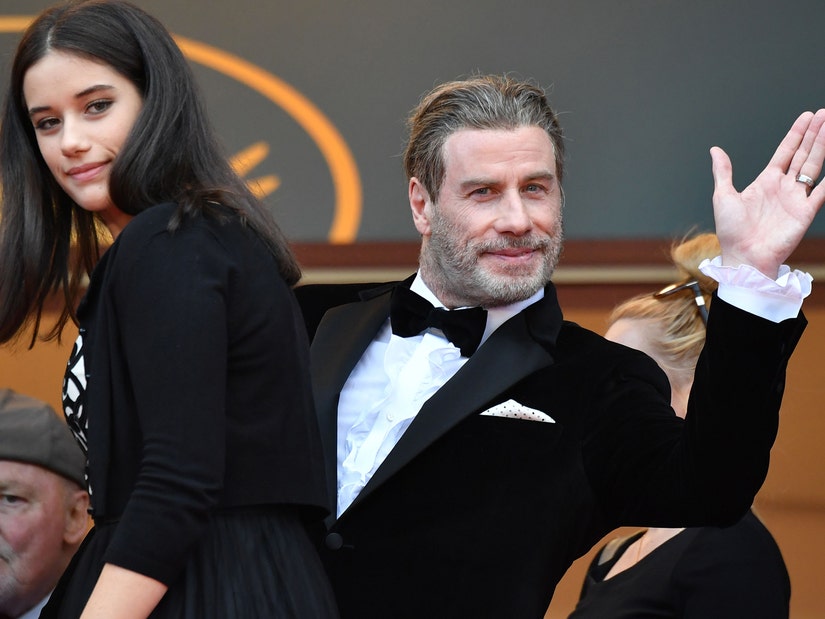 The "Pulp Fiction" actor sings his daughter's praises as she sings an original song.

Ella Travolta is trying her hand at music and her father John Travolta couldn't be more proud of her for undertaking a new passion.

On Sunday November 29 the "Hairspray" actor's 21-year-old daughter, Ella, took to Instagram to share a snippet of an original song she had been writing for the past year.

"There is something I've been working on for the past year that is very dear to my heart. I wanted to share a part of a song that I wrote that will be on my EP coming out next year," she captioned a video of her singing while expertly playing the piano. "Very excited (and nervous). Hope you like it!"

John supported her musical ventures by commenting, "I'm so very proud of you Ella, its amazing! Your thrilled Dad!"

Ella’s sweet pipes also got the praise and attention of Motley Crue Drummer Tommy Lee who added under the post, "a HIT kiddo!!! A HIT!!!!!!"

67-year-old Travolta also shares 11-year-old son Ben with his late wife Kelly Preston who passed away in July 2020 after losing a battle against breast cancer. The couple lost their son Jett in 2009, who was just 16 at the time.

The couple were married for 28 years before her death; Preston was 57.

During an appearance on Kevin Hart's series on Peacock called "Hart to Heart" in August, he shared that his son Ben started to fear Travolta's death after losing Preston.

"I said, 'Well, it's a very different thing.' And I went through the differences about my longevity and her limited life," Travolta told the comedian. "I said, 'But you know, Ben … you always love the truth and I'm going to tell you the truth about life. Nobody knows when they're gonna go or when they're going to stay.'"

He concluded, "Your brother [Jett] left at 16. Too young. Your mother left at 57. That was too young. But who's to say? I could die tomorrow. You could. Anybody can," he added. "So let's look at it like it's part of life. You don't know exactly. You just do your best at trying to live the longest you can."