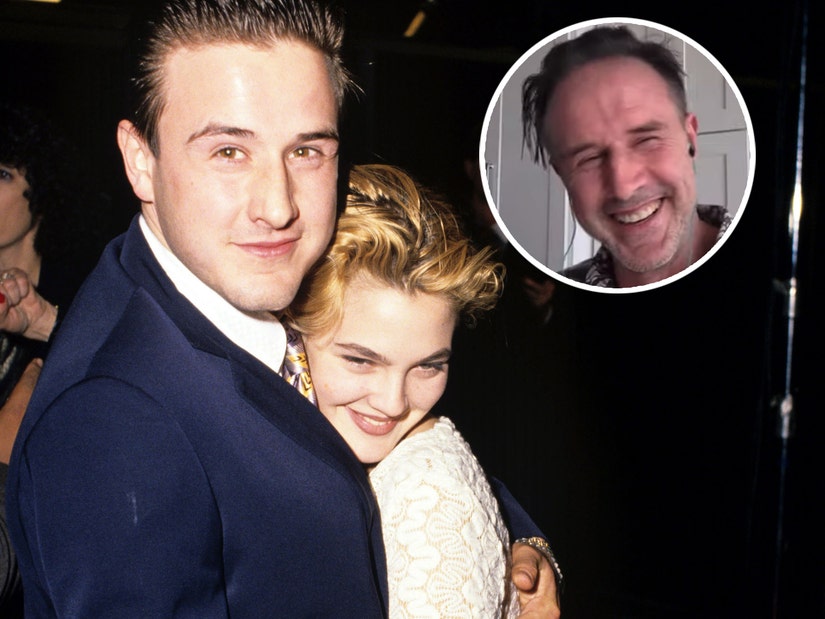 "Would it more friends with benefits?" asked Andy Cohen.

Years before they both appeared in "Scream," costars David Arquette and Drew Barrymore had some kind of relationship -- though the accounts differ depending on who you ask.

There are photos of them sharing some PDA at both the "Bugsy" premiere and a charity Christmas party back in December 1991, holding hands and posing with their arms around one other. After that, however, there's nothing of them together until events for "Never Been Kissed" -- in which they costarred as brother and sister -- in 1999.

Arquette first revealed he and Barrymore "used to date when we were very young kids. Well, not little kids" during an appearance on "Watch What Happens Live" in 2014 -- calling her "just one of the sweetest, kindest people in Hollywood" and adding that they "used to run around and just be silly."

She, however, apparently denied they were even an item during a subsequent appearance on Howard Stern. On Thursday, Arquette was once again on "WWHL," where a caller asked how he felt about Barrymore denying they dated.

"I guess we weren't really dating. I thought we were!" he exclaimed with nervous laughter. When Andy Cohen expressed shock over her denial, Arquette added, "We were really young. Maybe I didn't ask her to go with me or something."

"Would it more friends with benefits?" Cohen then asked, as Arquette started to squirm.

"I don't know. I'll just respect her way of describing the relationship," he added, still laughing. "We were just friends, I guess!"

Arquette would later meet Courteney Cox while working together on "Scream" and the two were married from 1999-2013 and share one daughter. In 2015, he married Christina McLarty, with whom he shares two sons. Barrymore, meanwhile, has been married and divorced three times since 1991; to Jeremy Thomas from 1994-95, Tom Green from 2001-02 and Will Kopelman -- with whom she shares two daughters -- from 2012-2016.