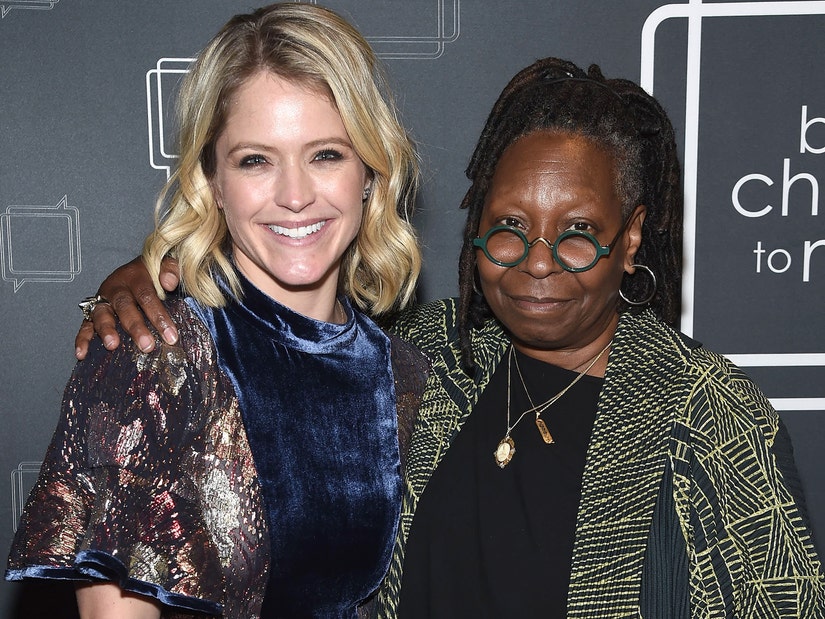 "To learn from a moment is all we can ask of anyone."

"The View's" Sara Haines is rallying behind Whoopi Goldberg amid her cohost's two-week suspension from the daytime talk show.

Haines took to Instagram on Friday to voice her support for Goldberg, who was suspended from "The View" for two weeks on Tuesday night following her assertion that the Holocaust was not about race as well as a subsequent apology tour. 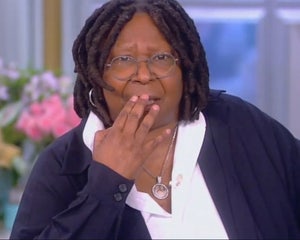 Haines, 44, posted a throwback photo of herself and Goldberg, 66. In the shot, the two can be seen smiling as they pose for a selfie.

"This just popped up and warmed my heart," Haines captioned the post. "That's my Whoops!!!!"

While many fans joined in and also shared their support for Goldberg in the comments section, there were some who slammed Haines and Goldberg. In response, Haines shared a comment on her post, in which she addressed the critics.

"I'd like to invite people trolling the post to go play somewhere else," she commented. "To learn from a moment is all we can ask of anyone. And prioritizing punitive measures at the expense of the message/issue (and teaching moment) are misguided."

Goldberg came under immediate fire after the moderator and co-host spoke on Monday's episode of "The View" where she emphatically tried to argue that the Holocaust was not about race but rather "man's inhumanity to man."

She made the assertion during a discussion of the Pulitzer Prize-winning graphic novel by Art Spiegelman's "Maus." The classic book of World War II and the Holocaust, which casts mice as Jews and cats as Nazis, found itself once gain embroiled in controversy after a Tennessee school district voted to ban it.

"If you're going to do this, then let's be truthful about it, because the Holocaust isn't about race," said Goldberg. When Joy Behar asked her what it was about then, Goldberg replied, "It's about man's inhumanity to man, that's what it's about."

She was corrected immediately on the air by her co-hosts, including Behar and Ana Navarro, but would not back down until Anti-Defamation League CEO Jonathan Greenblatt tweeted at her that "the #Holocaust was about the Nazi's systematic annihilation of the Jewish people -- who they deemed to be an inferior race."

In an apology posted Monday night, Goldberg quoted the words of Greenblatt and acknowledged that she was wrong, apologizing to those she had hurt. (Read her full statement and apology, above.)

She went on to speak again about it on CBS's "Late Show" and on "The View" Tuesday.

"Yesterday on the show I misspoke," Goldberg said on the daytime talk show. "[The Holocaust] is indeed about race, because Hitler and the Nazis considered the Jews to be an inferior race. Now, words matter, and mine are no exception. I regret my comments and I stand corrected. I also stand with the Jewish people."

"Effectively immediately, I am suspending Whoopi Goldberg for two weeks for her wrong and hurtful comments," Godwin said, per TMZ. "While Whoopi has apologized, I've asked her to take time to reflect and learn about the impact of her comments. The entire ABC News organization stands in solidarity with our Jewish colleagues, friends, family and communities."