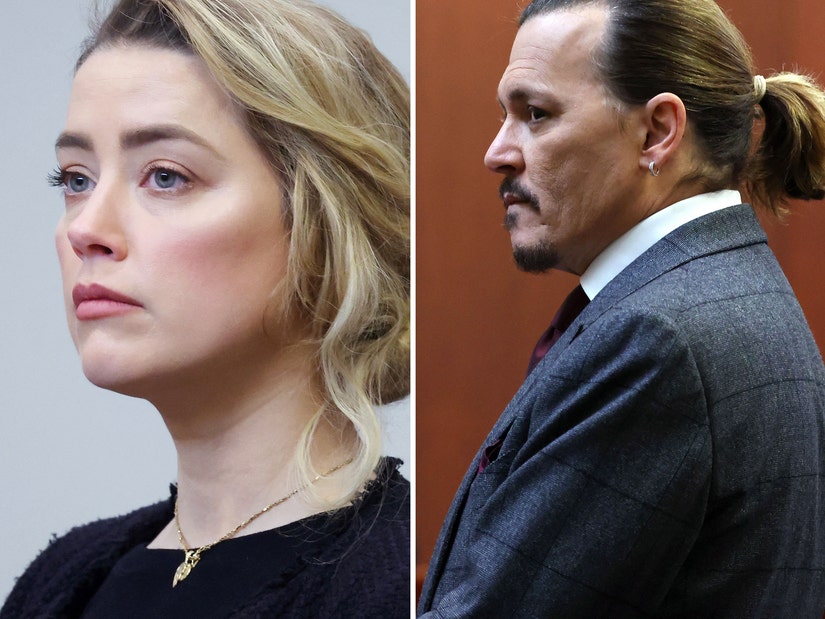 How much of Heard's divorce settlement was donated to charities was discussed in court, as well as how involved she really was in writing the op-ed at the center of the defamation case.

The defamation trial between Johnny Depp and Amber Heard went into Day 11 on Thursday in Virginia, where testimony from Terrence Dougherty, Chief Operating Officer of the American Civil Liberties Union, was heard.

Following the couple's divorce, Heard vowed to donate her $7 million settlement to both the ACLU and Children's Hospital Los Angeles. Depp's team is questioning whether or not that was ever done, while Heard's team has said she had donated substantially to each and planned to still complete payments over a span of 10 years -- something they believed was "understood" by the ACLU. Her lawyer also said the ongoing litigation against Heard and the money she's used defending herself caused delay.

When asked whether it was "fair to say" she had not donated the promised $3.5 million, he said that, yes, that would be accurate. He added that they were "aware very early on" that her contributions would be "half of her $7 million divorce proceedings."

The general counsel and COO of the #ACLU testified that in-house lawyers were involved in the drafting and reviewing of #AmberHeard's Washington Post op-ed. @LawCrimeNetwork pic.twitter.com/9wd80TZYxP

In light of her proposed donations, Heard was named an ambassador for the ACLU and, according to Dougherty, lawyers for the ACLU participated in the drafting and approval of the Washington Post op-ed at the center of the defamation case.

When asked if it was the ACLU's expectation that all the money would be received at once, he said they understood -- thanks to an e-mail from Musk to ACLU executive director Anthony Romero -- that "it was intended to be over a 10-year period, although that was never specifically confirmed." He added that Romero referring to the donation as a pledge, which generally indicated "some kind of commitment to give various amount over a period of time," not all at once. While Heard was apparently sent a pledge schedule, earmarking when additional donations would be made in $350k installments annually, Dougherty said she did not sign it or agree to any set schedule.

Dougherty said the ACLU hasn't received any donations since December 2018 and when they reached out to her about her donations in 2019, they learned she was having "financial difficulties."

According to #ACLU's COO and general counsel, the nonprofit organization reached out to #AmberHeard in 2019 about her next installment but learned she was having financial problems. @LawCrimeNetwork pic.twitter.com/ifEgIaaIOP

Switching away from the money of it all, Dougherty was then asked about a series of communications between the ACLU and Heard's team about possibly writing an op-ed about gender based violence, as an ambassador for the organization and her own talk about being a "survivor" herself. Dougherty added they didn't "force" her to talk about her own experience, but left that up to her own discretion.

There were also a number of e-mails shown revolving around the drafting of the op-ed, following a meeting between Heard and someone at the ACLU who appears to have written the Washington Post piece in question based on their conversations. "I tried to gather your fire and rage and really interesting analysis and shape that into op-ed form ... I hope it sounds true to you," wrote Schulman in one correspondence. The ACLU's Jessica Weitz forwarded that to Heard, along with a draft of the piece and a note saying, "I want to make sure nothing was said in here that puts you in jeopardy with your NDA."

Dougherty said he believed Heard wanted the op-ed to drop after the release of "Aquaman" and added that Heard's lawyers removed references to her marriage and divorce from one of the drafts. The actress, however, wanted nixed references to her "restraining order against my then husband" added back in. In the end, those references remained out of the final piece -- and, eventually, other outlets linked her to comments to Depp.

When Heard's team took over the deposition, Dougherty said everyone at the ACLU "was hoping and expecting that the full $3.5 million" would be paid -- but "some potential doubt" creeped into their minds when she didn't sign the pledge form and began having "financial difficulties." That being said, he also confirmed he had no indication that Heard didn't intend to complete her donations at some point.

Regarding the communications between the ACLU and Heard's team about the op-ed, Dougherty said he believed Heard relied on her counsel's advice for all edits, before her lawyer reiterated out the idea and topics for the op-ed came from the ACLU, not Heard herself.