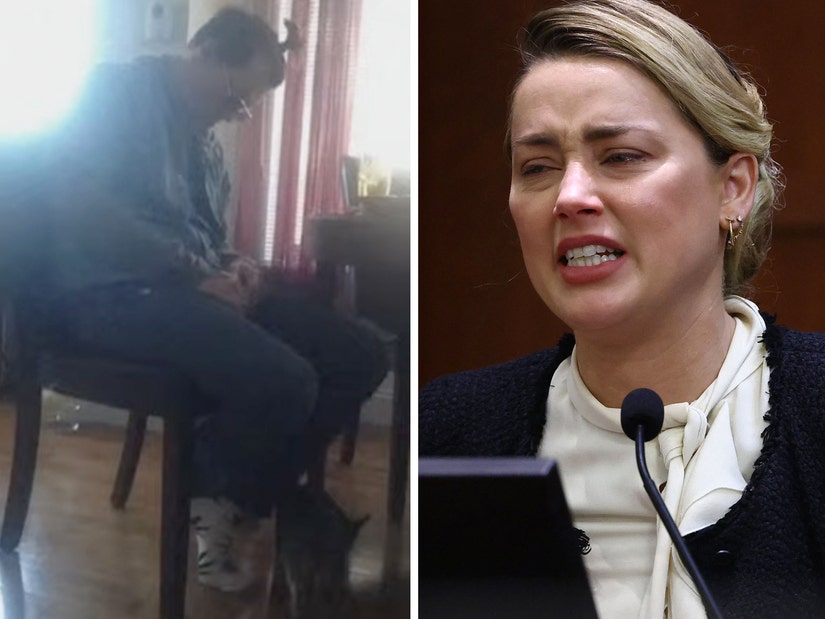 The actress claims she had to bargain with Depp in order to sign onto Magic Mike XXL ... and reveals the writer Depp allegedly accused her of wanting to sleep with.

As Amber Heard's testimony in Johnny Depp's defamation trial continued on Thursday, she shared what she allegedly experienced while the actor was going through detox treatment in 2014 -- as well as the fights she says the two got into about her career at the time.

In June 2014, Dr. David Kipper started treating the actor for substance issues and help with detox. Kipper already testified that Depp was using using alcohol, opiates, benzodiazepines and stimulants at the time -- and the opiates were the biggest concern. Depp had to finish filming a movie before he could fully commit to detox, so Heard said a plan was put into place to keep Depp on the same level of prescription pills he'd been taking -- but abstain from alcohol and other drugs.

She said his behavior started to change and he would fall asleep a lot, sometimes with cigarettes in his hands. She also shared a photo she took of Depp at the time to the court (above), in which he appeared to be asleep or passed out. 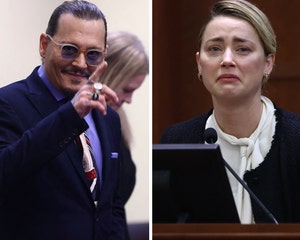 "I didn't understand it, even though I had experience with drug use in my family, I hadn't seen anything like this. It was so dramatic the change, that I was trying to figure out with the nurses and doctors what happened, what changed and what medications were causing it," she said. "Johnny's behavior got worse and worse, more of this passing out, nodding off, waking up in the middle of the night screaming, crying, the emotions would change from one to the next, by the second."

She said it was an "agonizing" time as she tried to figure out what was wrong and spent her nights "turning him over when he vomited" and checking his pulse. Heard then claimed she found out Depp had lied to doctors and he had been taking "double the amount" of what his "normal" was "when he started the process with the doctors." She added, "He had been lying to them and me about the amount, so he could get extra high before he had a detox."

When he wrapped filming, he went to the Bahamas to detox in August and continued to go downhill, according to his ex.

"It would be up and down he would be mad at me, then he was wanting a hug. Then he cried a lot, then he wanted to have sex a lot, which was not like Johnny at all. It was up down mood and I felt like I constantly catering to the mood and trying to adapt and roll with it and provide support," she said. "I was just trying to take care of him and a few days in, the affects of the detox really started to change. It went from this erratic behavior, up and down, to just really down and mad. Bursts into anger at me, yelling at me."

She described one alleged instance where she said something to him that made him get "so angry at me, he slapped me across the face but did it while crying." She said, "He was crying saying, 'No woman had ever embarrassed him like that,' and no woman had ever made him feel like that" -- before claiming he was even "hallucinating" at the time, accusing her of saying things she never said and talking to someone who wasn't in the room.

"It was terrifying and strange," she said. 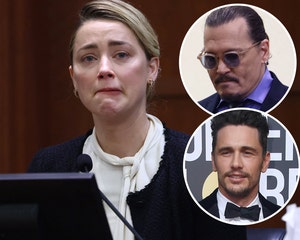 After the Bahamas, they returned to Los Angeles, where he would finish detoxing while she stayed at a hotel. Around the same time, she was looking into job offers, including "Magic Mike XXL," before he went to the UK for another project.

"I bargained with him about me doing the role. He told me he would call the actors, it was a mostly male cast, but I bargained with him ... he reluctantly agreed to me working on this movie or taking the job," she said. "He was filming a different movie in London at the time. I wasn't going to play a sexualized character, I wore no makeup or minimal makeup in the movie, no sexy clothing, no kissing scenes, no sex scenes, so I went and did that film in October of 2014 in Georgia while he finished his movie in London."

She said he once got "furious" when he found audition pages and once accused her of trying to sleep with horror writer Clive Barker, who is gay.

"I had a dream project based on a book that I loved of this author, he's just a weirdo genius artist writer," she said, saying Johnny was angry and "accused me of having this plan to sleep" with Barker when he found out about a meeting at the writer's home. Heard explained the meeting was at his home because "the man was ill, terminally ill and not able to leave his bed" at the time. Though she didn't get into specifics, Barker has been open about his recovery from toxic shock, which sent him into a coma in 2012.

"That was a big problem for Johnny. First he was concerned about my safety, which I thought was sweet, but combined with the drinking, it was not very long before I was being accused of having this plan to sleep with the writer to get this part that I was already being offered to develop," she said. "He switched from me having this ulterior motive with this director, the director having it with me ... nothing I said, no amount of explaining, apologizing, nothing worked, nothing changed how mad he was at me and constantly telling me I had done something wrong to deserve what was happening. Until, of course, he takes it too far, hits me too hard, breaks too many things in the house and leaves, which was the pattern." 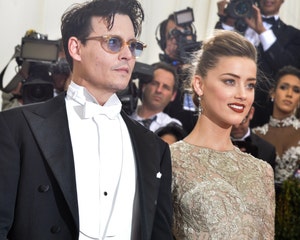 She went on to present a text message she received from Depp after he allegedly got violent with her in December 2014.

The text from that day read: "Slim ... I love you so ... I am truly sorry to have upset you to the degree that I have ... and I couldn't be more sorry for, yet again, ruining your day ... I do, of course, take your generosity, your selflessness, your affection and your sweet doting deeply into my heart ... And, I think, I have been reciprocal ... Agony is never the answer to any equation, or occasion ... Nor is rage. We are, I believe, in concert about this ... Please, know that my apology is sincere and solid ... And, as stupid as it sounds ...?? I hope your meeting with Clive Barker is excellent!!! I Love you so very f--kin' much."

Before a break in proceedings for lunch, Heard said she would often yell at Depp and "call him ugly names" when they fought, saying she was "so ashamed of the names we called each other, it was awful."

"We both got into that pattern. It felt like nothing I could do would change the sobriety patterns. Nothing I did made him stop hitting me, nothing," she continued. "I tried for over a year, maybe two, not responding physically, not responding verbally, I tried to breathe, I would try lashing out verbally, I would try to threaten that if he hit me again, I would call the police. I even threatened to leave him and tried to leave him and nothing's working. By this point in our relationship, we're both saying awful things to each other, screaming at each other and unfortunately, when Johnny would start hitting me, he'd just win." 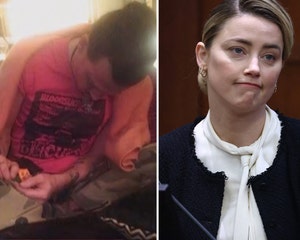