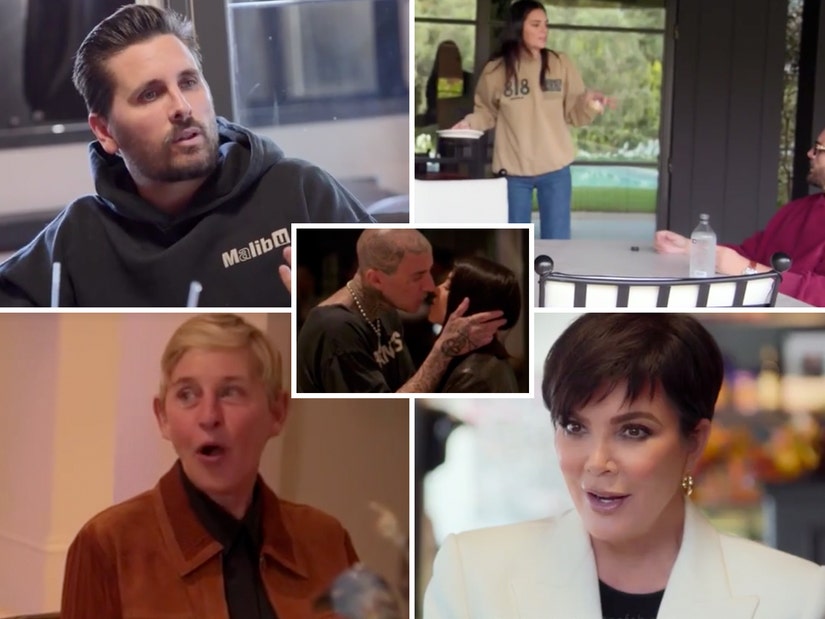 "I'm out, this is so f---ing ridiculous," exclaimed Kendall -- while Kris called Scott "shady."

It's getting harder for Scott Disick to keep up with the Kardashians -- because they keep neglecting to invite him to things following Kourtney Kardashian and Travis Barker's engagement.

Thursday's new episode of "The Kardashians" included a couple of heated conversations between Disick and Kourtney's family members, as he confronted them for leaving him out of gatherings he would have previously attended without issue.

At the start of the hour, Kris Jenner urged Kourtney to have a conversation with her ex about where they stand now. According to Kourt, they already had and he told her that "this is not the easiest for me, but at the end of the day I want you to be happy," before wishing her congratulations on the engagement.

Kris herself later met up with Disick, where she started talking about her plans for a birthday dinner -- a dinner Scott hadn't been told about. "I feel like I'm cheating on Kourtney. I would love for you to come over," Jenner told him -- before Scott twisted the knife by responding, "You told me I was your blood-related son when my parents died."

While Kris insisted she felt that way, Scott said she "obviously" didn't, before Jenner extended the invitation and downplayed how big of a celebration it would be. "You're obviously doing something and you're like embarrassed to keep it from me," Disick then told her, adding that things were "cool" between him and Travis, so there was nothing for them to worry about. 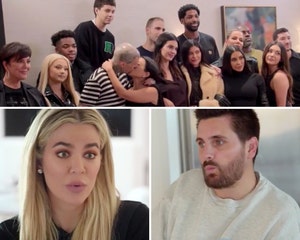 "For me to hear that you are having a little soiree and don't think to invite me, makes me feel like complete shit, to be honest," he told her. "I love you, but how do you think I would feel? Now it's like tainted. I don't want to go some place I'm not wanted. Could you imagine if I singled you out, it's just mean."

When Kris said she didn't have a mean bone in her body, Scott said she did -- prompting Jenner to say, "Wow, that's shady." In a confessional, she said she "never expected for him to be so angry and wound up over this."

After the lunch, she told Kourtney she felt bad Scott felt left out and asked whether she'd be okay with him coming to the dinner. Kourtney didn't care, telling her mom that she could do "whatever you want for your birthday."

With that, Disick decided to attend -- with Kourtney saying it would be "a great first step for everyone" to all be in the same room together. Scott congratulated them both again when he arrived, before Khloe Kardashian commented on how "awkward" the situation was in a confessional.

"It's so awkward for the other siblings involved. We don't know what to do, we're just trying to be respectful to each other's new lives," she explained. "It's like we're always just ignoring this elephant in the room. It's bizarre. I don't know why we're tip-toeing around something that's not even our f---ing relationship to tip-toe around." 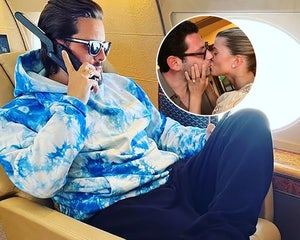 As Travis and Kourtney started sharing PDA and kissing within Scott's eyesight, Kris remarked to guests Ellen DeGeneres and Portia de Rossi that "this couldn't be more awkward." As they clocked Scott noticing the PDA, Portia even asked, "That's the first time that's happened?" -- though Kourtney said she "didn't know that anyone was looking at us!"

Disick didn't appear upset though, adding in a confessional that he was happy she found someone and deserves to feel that love "because there's so many years I didn't put her first." He did, however, get ticked off with Kendall Jenner later in the hour, after the two of them and Kris met up for another lunch.

"What's going on with Thanksgiving? Did I get banned from that yet? Am I invited or no?" he first asked Kris, who said that he was invited but had to figure out where everyone would stay now because there were no longer enough rooms. "Sometimes Scott can play a bit of a victim and I feel like that's what's happening here right now. Don't put me in the middle!" she added in a confessional. 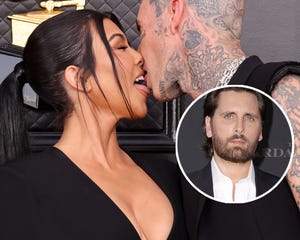 Scott then asked Kendall why he didn't get invited to her birthday party, which he had seen on social media. She said she had no family at her party, before holding a small dinner which Kourtney was invited to. "Never in a million years would Kendall not invite me to a birthday dinner," said Scott, adding, "I don't understand why I had to be left out."

"Making Kourtney uncomfortable is not part of my business. I'm so sorry that makes you sad, I'm not ever trying to leave you out," Kendall told him, saying that she should have texted him before pointing out she was the only one who was concerned about his feelings the night Kourtney got engaged.

"Kourtney at the end of the day is my sister, of course I want her there. This dinner was literally 15 people. You're mad and I'm saying sorry," she said, clearly frustrated as Disick kept interrupting her. "That's not my priority."

The episode ended with Kendall getting up and walking away from the heated conversation -- telling Disick, "I'm out, this is so f---ing ridiculous. You won't let me speak, Scott. Please replay the f---ing videos, I'm so over this s---, for real." 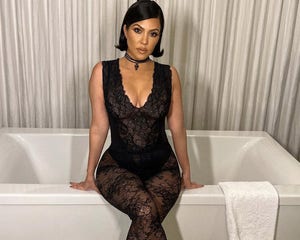