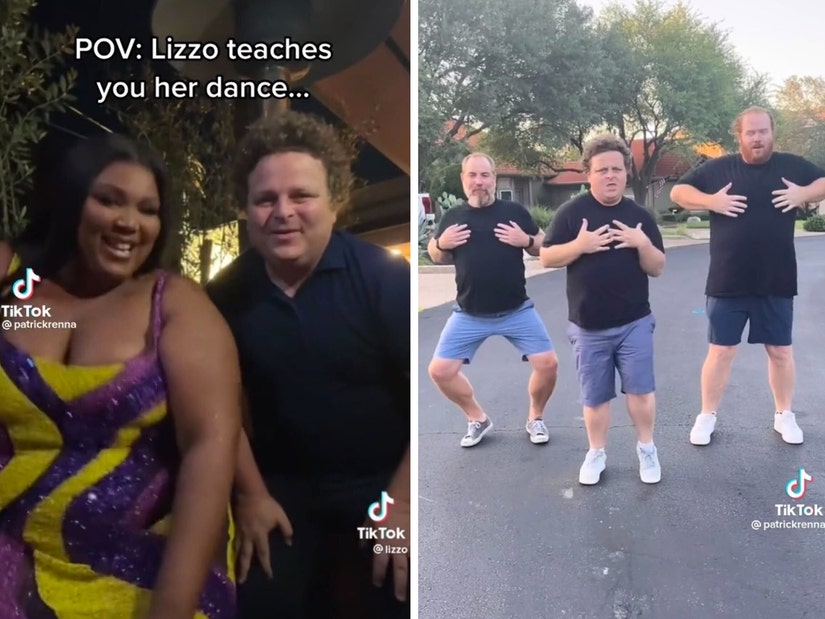 Lizzo may have found a new person to join her Big Grrrls backup dancers: "The Sandlot" star Patrick Renna.

Last month, Renna, 43, shared an epic video of himself and two friends doing the viral TikTok dance to Lizzo's hit, "About Damn Time."

"It’s about damn time the chubby gingers learned the @lizzo dance. @yitty men's line soon?" the actor captioned the hilarious clip, below, which he also shared on Instagram, racking up millions of views.

And, thanks to new footage shared by Lizzo herself, we might now know how the video came to be.

Earlier this week, the "Good as Hell" singer shared a TikTok video of herself and Renna that she brought out from her "drafts."

The fun, short clip, which was seemingly shot in June due to Lizzo's attire, featured the Grammy winner demonstrating the "About Damn Time" dance for Renna -- who looked overwhelmed at the idea of following suit.

On Thursday, Renna then posted another TikTok of himself and Lizzo from the same night.

"POV: Lizzo teaches you her dance ..." Renna wrote over the footage, before the video then flashed to another angle of the two together, which revealed Lizzo and Renna's verbal exchange. "Okay, wait now I have to do that?" he asked the singer, who replied, "Yeah, you gotta do that!"

The TikTok continued by showing hilarious bloopers of Renna and his pals attempting to do the dance, before they ultimately mastered it!

"After 1,000 tries ... we threw that ass in a circle," he wrote over the footage, which concluded with someone off-screen cheering as Renna and his two friends did, in fact, shake their booties.

Check it out, below!