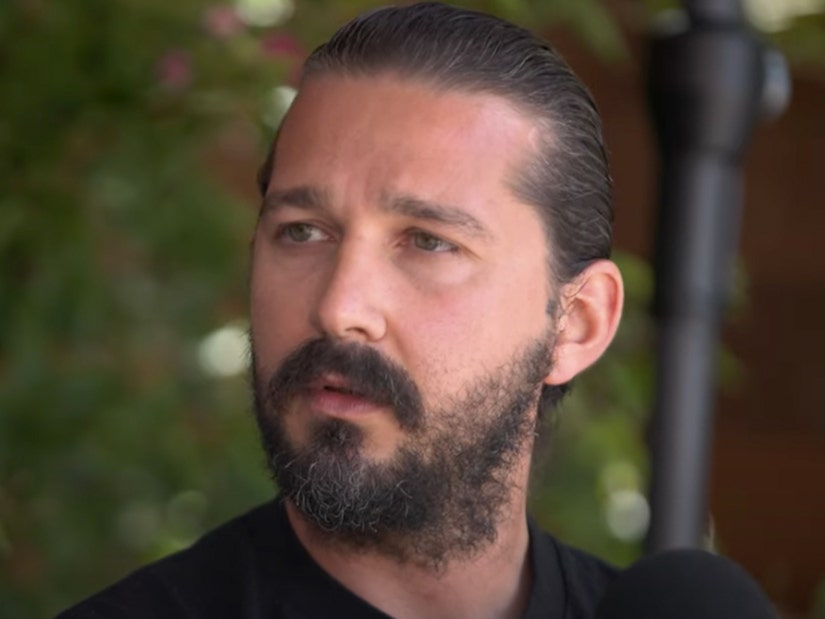 Shia LaBeouf is addressing the abuse allegations and accusations of disturbing behavior that have plagued him over the past two years.

During a two-hour, in-depth interview on Jon Bernthal's "Real Ones" podcast, per Variety, the actor reflected on a wide variety of allegations after being sued by ex-girlfriend FKA Twigs in 2020 -- though he never mentioned her by name in the episode.

She accused him of "relentless abuse," including sexual battery, assault and infliction of emotional distress. FKA Twigs -- who dated LaBeouf for less than a year after the two met on the set of "Honey Boy" in 2018 -- also claimed LaBeouf knowingly gave her a sexually transmitted disease, and alleged he killed stray dogs.

Speaking with Bernthal, LaBeouf, 36, said "I hurt that woman," before detailing the fallout from the allegations. "And in the process of doing that, I hurt many other people, and many other people before that woman," he said, "I was a pleasure-seeking, selfish, self-centered, dishonest, inconsiderate, fearful human being.”

"When I think about what my life has become, and what it is now, like what my purpose is now… I need to be useful," he continued. "And when I look at this #MeToo environment, there's not a whole lot of dudes that are taking accountability.”

The Disney Channel alum later noted that there is a "long list of people that I need to make amends to."

LaBeouf -- who has previously denied all allegations brought to him by FKA Twigs -- echoed similar remarks he shared in a recent interview, specifically regarding his reaction when news broke of the allegations. The "Fury" star said he "wanted to hit Twitter and be like, 'Look, I got receipts,'" revealed he contemplated suicide, and called the unnamed accuser as "saint," who "saved my f---ing life."

"Had she not intervened in my life and not created the avenue for me to experience ego death, I'd either have a really mediocre existence or I'd be dead in full," LaBeouf admitted.

Also during the conversation, LaBeouf owned up to "cheat[ing] on every woman I've ever been with." He also admitted he didn't disclose to women he slept with that he got cold sores, describing his actions as "manipulative."

When Bernthal asked the "Honey Boy" star how he feels about Hollywood turning its back on him, LaBeouf said, "I'm in the tribe of the f----ups. I'm a very public sinner, a very fallible person in the public sphere.  What I think now my purpose is, is to not do… the other examples that we've had of how to navigate something like this -- which is to go after the woman, or try to win a court case, or get back into a f---ing movie or like get back on at all."

He continued, "My purpose, and I mean this with every fiber of my being, is to be instructive with my life, so that I can be an advertisement, like a billboard, for a principled way of living."

Again speaking about going through "ego death," which he referenced several times during the interview, LaBeouf likened his pursuit of redemption to that of Mel Gibson, who has been the subject of controversy over allegations of racism, homophobia, antisemitism and domestic violence, and Josh Brolin, who was charged with domestic battery in 2004.

As shown in a clip from the "Real Ones" podcast episode (above), LaBeouf also detailed how he ultimately sought help, and opened up about his treatment program, including a "miraculous" moment he experienced that appeared to have been a turning point.

"I sign onto this AA meeting. This is where I'm talking about, like, miraculous s--- started to pop off in my life," he told Bernthal. "And my dude sent me there 'cause his mom was taking a chip for like 37 years. And the woman who took a chip right after his mother was the woman I lost my virginity to who, when I was 19 years old, I held a knife to her neck, and everything in that moment, it felt like I heard God's voice say, 'I'm everywhere. You can't run no more.' And like ... all my planning and like all this ... just went [away.]

"That really happened, you know?," he continued, appearing to get slightly emotional. "And I remember it vividly and I wrote her in the chat box. Like, 'Did my dude tell you to come?' Like, 'Do you know this guy? And this guy?' And she's like, 'Nah, I'm in here 'cause my people are getting chips, you know? But it's good to see you. I knew you were on your way here. You know, I hope you get it this time.'"

The "Transformers" star said he then went to Utah for treatment, where he stayed for three months and wasn't allowed to have a cell phone.

"And what that gave me was time to, like, really assess what had been my operating systems. What had been, like, the motivational force in my life, which was always me," LaBeouf said. "It was always ego."

"I came out and just hit the ground running, trying to make amends, trying to right these wrongs," LaBeouf concluded. "This is also still a part of that. There's some people who don't wanna talk to me, you know? And I understand that. And so my purpose now is to be patient."