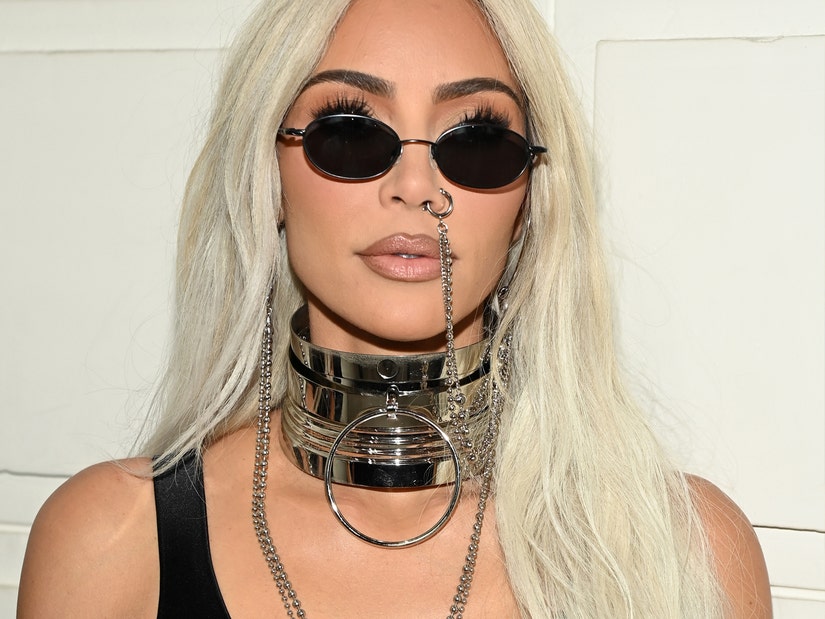 She also shares her thoughts on climate change, the reversal of Roe v. Wade and desire to be in a Marvel movie.

Kim Kardashian bared her bod while talking about a wide-range of topics in the latest issue of Interview, in which she's interviewed by the publication's editor-in-chief Mel Ottenberg.

For the cover and the accompanying photoshoot, 41-year-old Kardashian put her infamous derriere front and center, while rocking a jockstrap, blonde hair and bleached eyebrows for the mag.

"Oh my god. I loved it," she said of wearing the undergarment for the shoot. "Working with Nadia Lee [Cohen] -- we just vibe so well when we shoot together. She's the first photographer that I've really gone full force with. The team was like, 'No jockstrap.' And I'm like, 'Come on. This is what I do.'"

She added: "I do best when I'm ignoring them and doing what I want. So, I'm glad we did it."

Among the many topics broached throughout the all-over-the-place interview: Pete Davidson, Kanye West, the reversal of Roe v. Wade, climate change and her future in film.

The interview was seemingly done before Kim and Davidson split, with Ottenberg bringing him up by saying, "Pete is really cute. We want to put him on the cover sometime. BDE." With a laugh, Kardashian responded, "He's a cutie. He's literally such a good person, they don't really make them like him anymore. I'm excited for what he has coming up"

As for what she has planned after appearing on "Saturday Night Live" with Pete, she said she would keep acting "if something fun came about." She added, "Maybe a Marvel movie, that would be so fun to do. I'm not actively looking, but I think things just come when they're supposed to."

While she and Kanye may be in the middle of another very public feud right now, she only mentioned him in a positive light when asked when she felt she had "really arrived in high society."

"I mean, when I was with Kanye, and he was introducing me to a lot of people, I think that definitely got a lot of people to have a different level of respect," she revealed. "I've also seen a s--- more recently -- going to law school, just doing what I want and becoming my own person and people seeing that and respecting that. There's levels to it."

Speaking of her law studies and how they've affected how she looks at the world right now, Kardashian brought up the reversal of Roe v. Wade, calling it "fascinating and scary."

"Just seeing how far our country has progressed, to then see it regress -- it's really scary to think that gay marriage is in jeopardy," she added. "If a court can decide what a woman does with her body, then it also puts having children through surrogacy, and things that I have been through, in jeopardy. I always believed people should live their lives exactly how they want to, so it's really scary to see all of this happening."

She also briefly touched on climate change, saying that, yes, she does "believe in" it -- but also takes what she calls a more "realistic" approach to the issue.

"I also believe in being realistic and I think sometimes there's so much to worry about on this planet, and it can be really scary to live your life with anxiety," she told the outlet. "I have super climate change–involved friends, and I love learning from them. I do what I can, but you have to pick and choose what really works for you in your life."