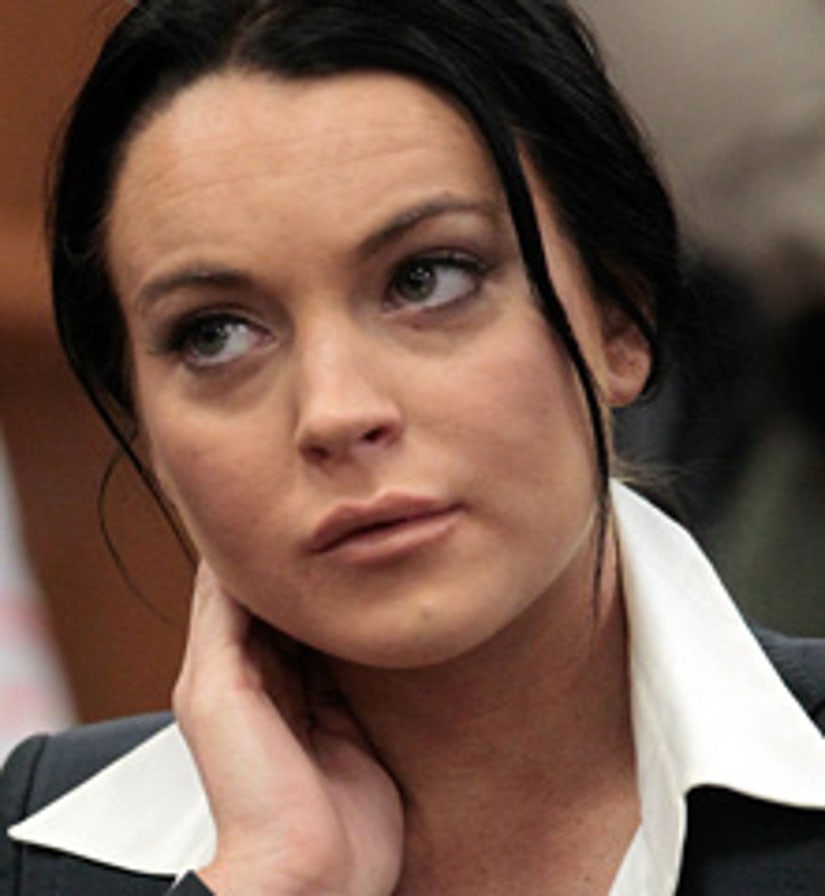 UPDATE #2: The bench warrant was recalled after bail bondsman David Perez posted $20,000 -- the standard 10% of bail.

UPDATE: A bail bondsman is en route to the courthouse to post Lohan's bail.

A bench warrant has just been issued for Lindsay Lohan after her SCRAM bracelet generated a report to SCRAM officials sometime after the MTV Movie Awards Sunday night.

This is the latest in a string of legal problems for the troubled star -- take a look at the arrests, trips to rehab and courtroom dramas that have led to this point.