The concert may have been billed Eminem & Jay-Z -- but last night's show at Yankee Stadium turned into a who's who of hip-hop. 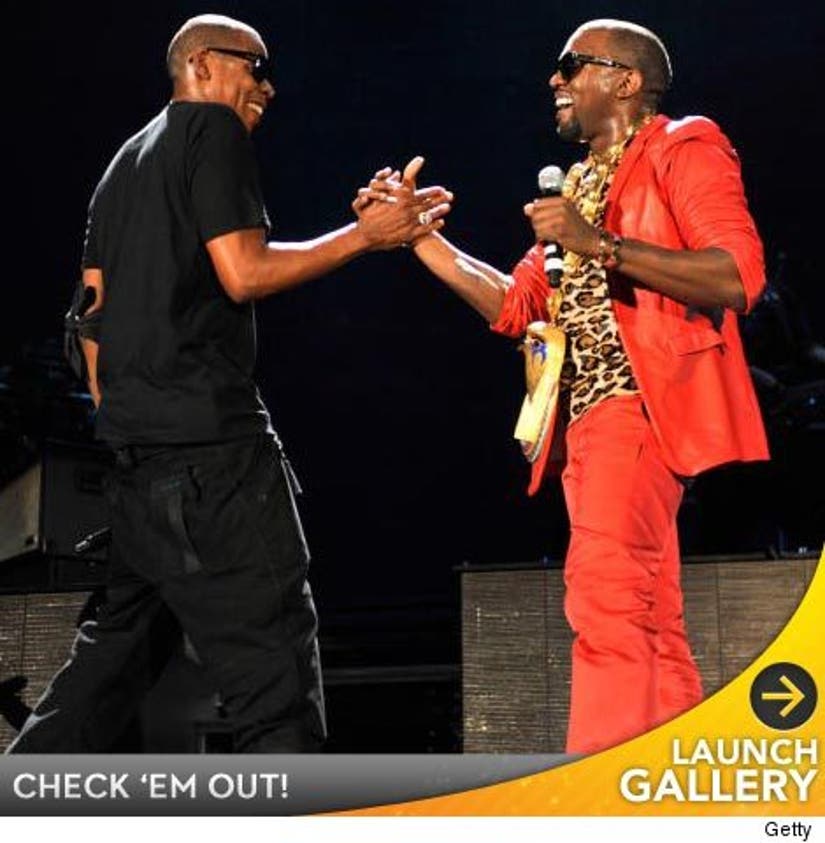 B.o.B., Drake, Nicki Minaj, 50 Cent, Dr. Dre, Swizz Beatz, Coldplay's Chris Martin, Kanye West and Beyonce Knowles all popped on stage at some point throughout last night's concert in the Bronx -- which was part-two of Jay and Em's "Home and Home" mini-tour.

The first half of the tour was in Eminem's hometown of Detroit earlier this month.