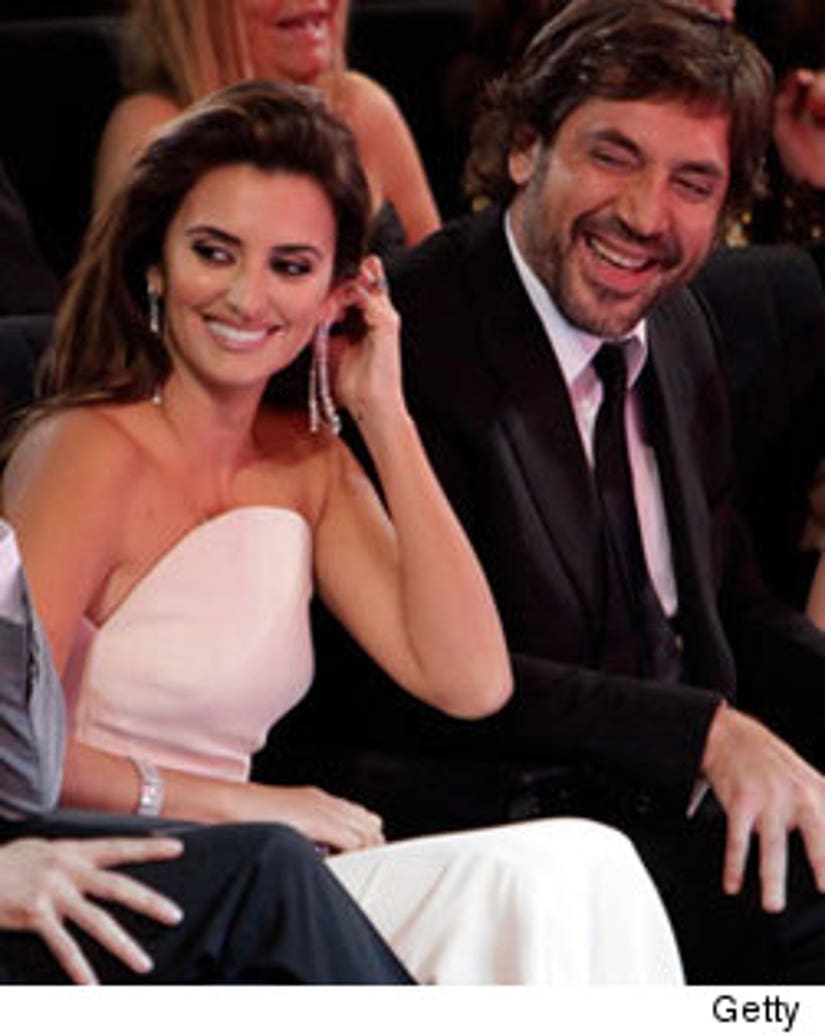 Penelope Cruz has confirmed suspicions -- she and husband Javier Barem are having a baby!

After the actress was spotted on the set of her latest film, "Pirates of the Caribbean: On Stranger Tides," sporting what looked like a baby bump, her rep confirmed to PEOPLE that she's 4 1/2 months along.

The couple, who co-starred in "Vicky Christina Barcelona," was married in July. This will be their first child.