Kim Kardashian doesn't turn 30 until next Thursday, but she's kicking off her birthday festivities tomorrow night with a blowout bash in Las Vegas, and TooFab has all the details. 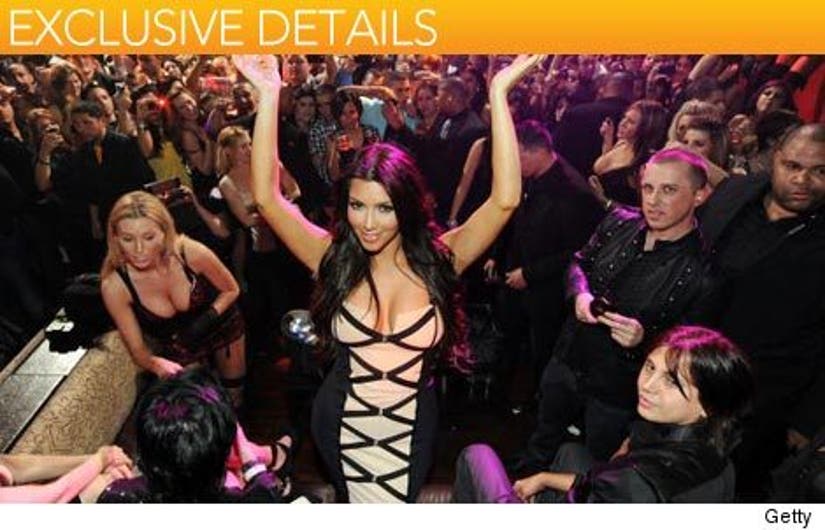 The party will kick off at 10 PM at TAO Las Vegas, and continue into the wee hours of the morning. A source tells TooFab that while the expected party-goers include Kim's sisters Kourtney and Khloe, their respective beaus, entrepreneur Scott Disick and L.A. Laker Lamar Odom aren't slated to attend.

While Lamar has a good reason -- he won't be attending since the Lakers have a game in Denver that evening-- it's unknown why Scott, who's had a well-documented acrimonious relationship at times with the Kardashians, is currently planning to be a no-show, says the source. But that can always change.

The source says to expect the typical birthday party trappings. “There'll be a big birthday cake, and gifts from Kim's family and friends that she'll unwrap.”

And Kim will head back on Saturday to New York City, where she and Kourtney are filming their reality show, to continue the celebrations at TAO New York, which will celebrate its 10-year anniversary, as well as Kim's birthday. Kim's partying at both TAO outposts “because TAO has always supported Kim, even before she was a huge star.”