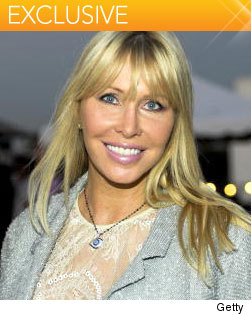 In honor of Spirit Day today, an anti-bullying initiative, reality TV star Lisa Gastineau feels compelled to speak out, as it’s reminding her of the bullying her late sister endured during high school back in New City, NY.

"I hate to see anyone suffer, and when you grow up with someone who endured that situation, it’s difficult,” says Gastineau, whose daughter Brittny came home last night to find her mother crying, while watching a TV report about bullying.

Gastineau, whose sister Joanie died at age 15 following complications from a heart transplant, says schools must have a system in place, whereby bullied students feel comfortable to discuss the bullying, and not feel scared or threatened. “Schools have to make it clear that there is someone they can go to,” Gastineau, who now lives in Los Angeles, tells TooFab. “It’s important that they have someone to go to, some place to go to. It’s a scary thing for kids to think they're alone and isolated. There has to be some sort of advocacy group for the kids. And kids feel very uncomfortable going to someone. My sister was able to tell my mom confidentially, but she begged her not to tell me. And the school never found out.”

Gastineau says Joanie was born with a heart defect, and as a result, had numerous surgeries, which resulted in her “walking at a different pace than other people… and her stomach was larger, in a way that it would look like she was pregnant, because her kidneys went into failure so fluid went into her abdomen.”

That, it turned out, was fodder for bullies. “It was a guy and a girl, and they would bump into her in the hallway, knock her books down all the time. It was awful.” And despite this torment, says Gastineau, and as a testament to her character, her sister remained at the public high school instead of being homeschooled.

With her sister refusing to report the bullies, Gastineau, a confident cheerleader who dated the captain of the football team, took things into her own hands and confronted the troublemakers. “I remember going up to one of them, and I told them if they ever bullied her again, they’d have to deal with me,” says Gastineau, who believes in some cases, it pays to stand up to them—if you have the confidence. “I was tall as day, so I stood up to them. Here’s the thing: Bullies don’t expect to be confronted.”

The result? “They backed off,” she says. “And that’s the thing about bullies: If you have the right person or system in place, you have to stand up to them. You have to have faith in mankind. If you can, it’s your responsibility to stand up to them and help kids who are bullied. We have to get out of the mindset that it’s OK not to be nice.”

And when her sister passed away, she says it was telling that the tide had turned. “You couldn’t get into the funeral. All the bullies came. It’s like they realized that you can’t treat people this way.”