The cast of "Harry Potter and the Deathly Hallows: Part 1" hit the red carpet for the film's NYC premiere last night -- and some A-list fans showed up to support the highly anticipated flick! 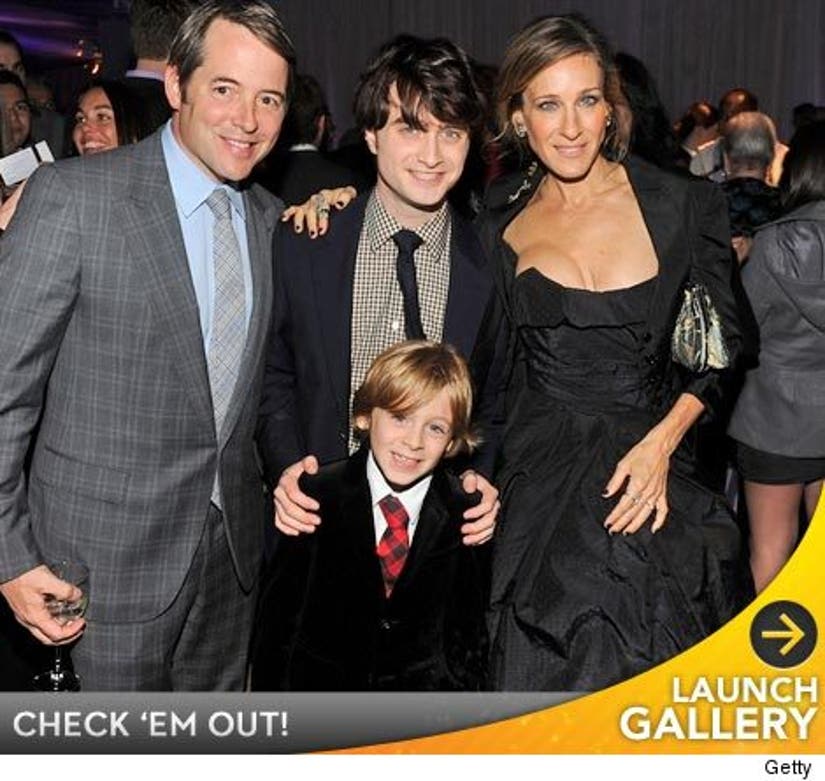 Along with the film's stars Emma Watson, Rupert Grint, Daniel Radcliffe, Ralph Fiennes and Tom Felton, celebs like Sarah Jessica Parker, Matthew Broderick, their adorable son James, Gabourey Sidibe and Liam Neeson all walked the red carpet too -- and got down with the cast at the after-party too!

New "Glee" hottie Darren Criss, who starred in "A Very Potter Musical" also showed up -- and even wore his Gryffindor colors to the event.

Check out all the premiere and party pics!