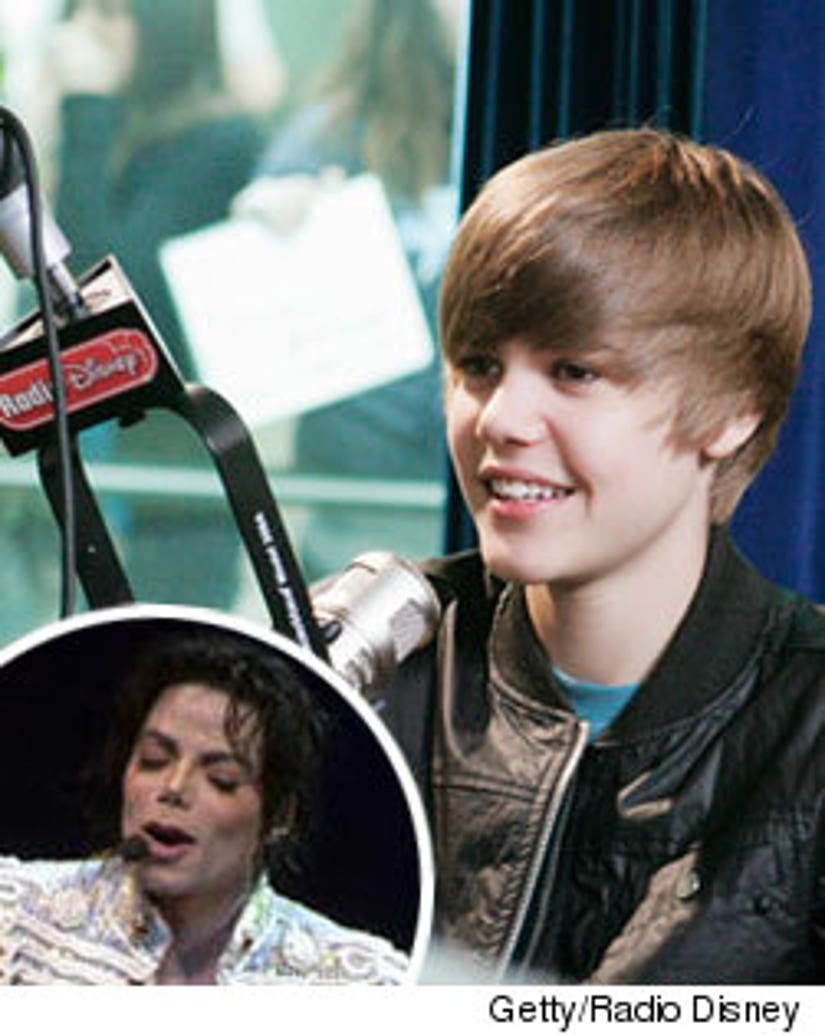 Justin Bieber says his song "Pray," the only new track on his upcoming acoustic album "My Worlds Acoustic," was inspired in part by pop icon Michael Jackson.

"I thought of Michael Jackson's 'Man In The Mirror,' when I was writing this," Bieber told Radio Disney's Ernie D Wednesday morning.

Bieber, whose album will include stripped down versions of his hits "Baby," "One Time," and "U Smile," added, "'Pray' is one of my favorite songs I've ever recorded. It's very motivational and really inspiring. It definitely is able to touch people. There's so many songs about love, and it's just great that I'm basically able to step out of that."

Next up for the Canadian-born singer? Sunday's American Music Awards, at which he'll be performing Pray. He told Ernie D: "It feels great. I'm excited to be there and four [nominations] is just incredible."