Paris Hilton went on a tour of Madrid over the weekend -- and popped up all over the place in some revealing ensembles. 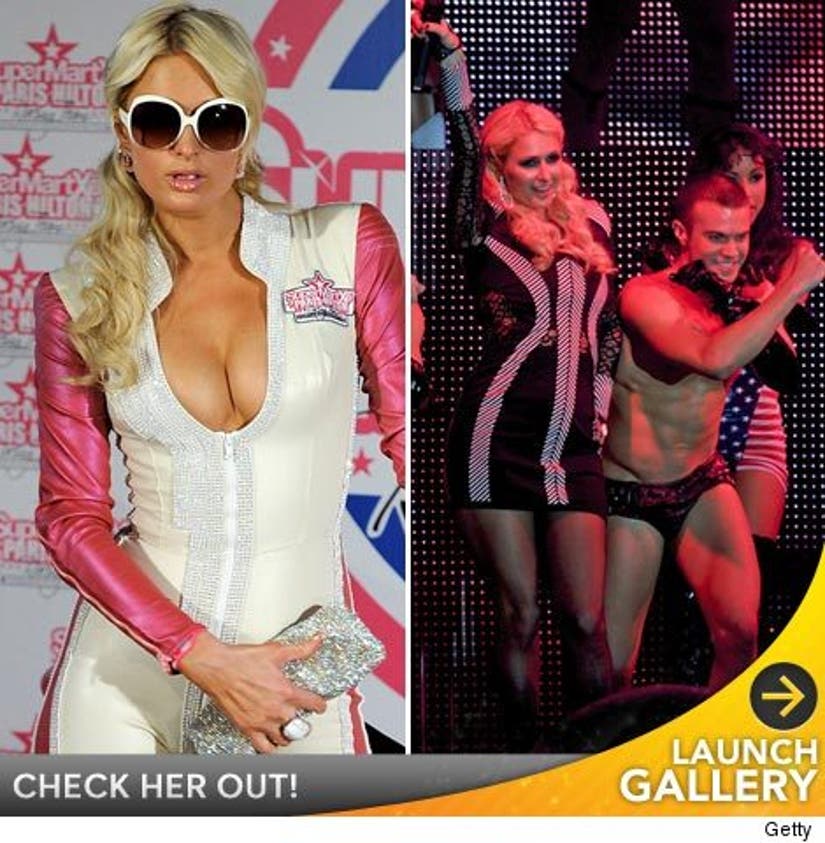 First, the party girl held a press conference where she announced her new motorcycle racing team, SuperMartxe VIP by Paris Hilton. Her team will compete in the 2011 125cc MotoGP World Championship season and Paris will appear at five races as part of her contract.

The news was easily overshadowed by what Paris was wearing though: A bright pink and white leather racing suit that really put focus on her chest.

Hilton followed up that sexy appearance with another at club Fabrix, where she rolled around the stage and shook her stuff with a ton of hot, half-naked dancers.

After the wild weekend, Hilton returned to L.A., tweeting last night, "Feels so good to be at home with all my pets. I love them all so much! I feel like their my children. :)"