Legendary rocker Stevie Nicks visited the set of "Glee" Tuesday, TooFab has exclusively confirmed--but don't expect to see her on the show quite yet. 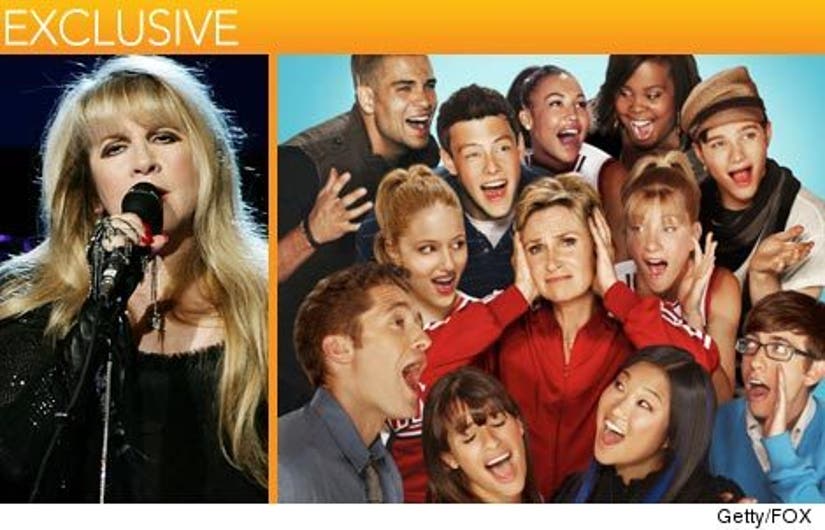 "Stevie Nicks visited the set yesterday," her rep told TooFab Wednesday, "but she is not 'on the show.'"

But that doesn't mean Nicks isn't up for a cameo. "We can of course hope and dream of a day when that could happen," adds her rep.

Nicks, who performs with Fleetwood Mac and had a successful solo career of her own, stopped by the studio yesterday, while guest stars Gwyneth Paltrow and John Stamos were also on-set.

Paltrow and the gang are rumored to sing "Landslide" during an upcoming episode.