Taylor Momsen is a Material Girl no more ... because Kelly Osbourne has just replaced the "Gossip Girl" star as the face of Madonna and daughter Lourdes' clothing line. 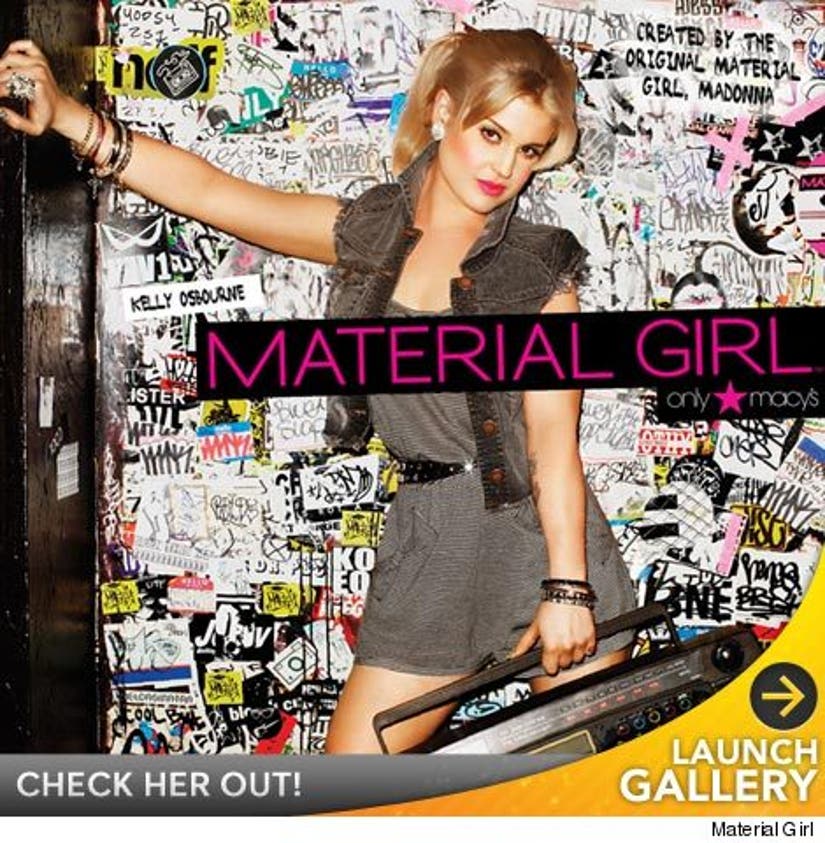 “It's such an honor to be a part of this campaign and it was an amazing experience to work with Madonna and Lola," Kelly says of the campaign, “I take so much of my style from Madonna in the 80s and I really admire how Lola dresses and that she stays true to herself.”

Kelly, who even covered Madge's "Papa Don't Preach" back in 2002, was photographed by Brooke Nipar at Bathhouse Studios in NYC as well as Lit Lounge and Mars Bar in the East Village.

Kelly's ads will debut in fashion magazines and billboards starting in April.