By TooFab Staff | March 15, 2011 1:26 PM
We've seen the trailer and the Super Bowl spot -- but now we're getting a longer look at the upcoming "Pirates of the Caribbean: On Stranger Tides," with better clips of Penelope Cruz, Ian McShane's "Blackbeard," mermaids and, of course, Johnny Depp. 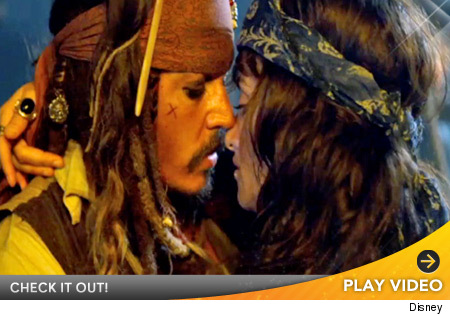 So what's new this time around? For starters, Captain Barbossa is working for the crown, there's a new bad guy in town and Jack's got a brand new love interest.

According to director Jerry Bruckheimer, Blackbeard is one of "the most evil characters we have ever given you ... and he has a wonderful daughter who tries to redeem him (Cruz)."

Cruz explains her role further, adding her character Angelica "had a relationship with Jack Sparrow and Jack corrupted her."

"Pirates of the Caribbean: On Stranger Tides" opens May 20.

Krispy Kreme's New Butterfinger Doughnuts Are Here For A Sweet, Crunchy Bite Victoria Fuller’s Fight With Peter Weber Was A Clear Case Of Gaslighting 20 Photos Of Dream Kardashian That Are Too Pure For This World