The Kids' Choice Awards were handed out last night in L.A. -- but that's nothing compared to the amount of slime dropped on some of the event's biggest guests! 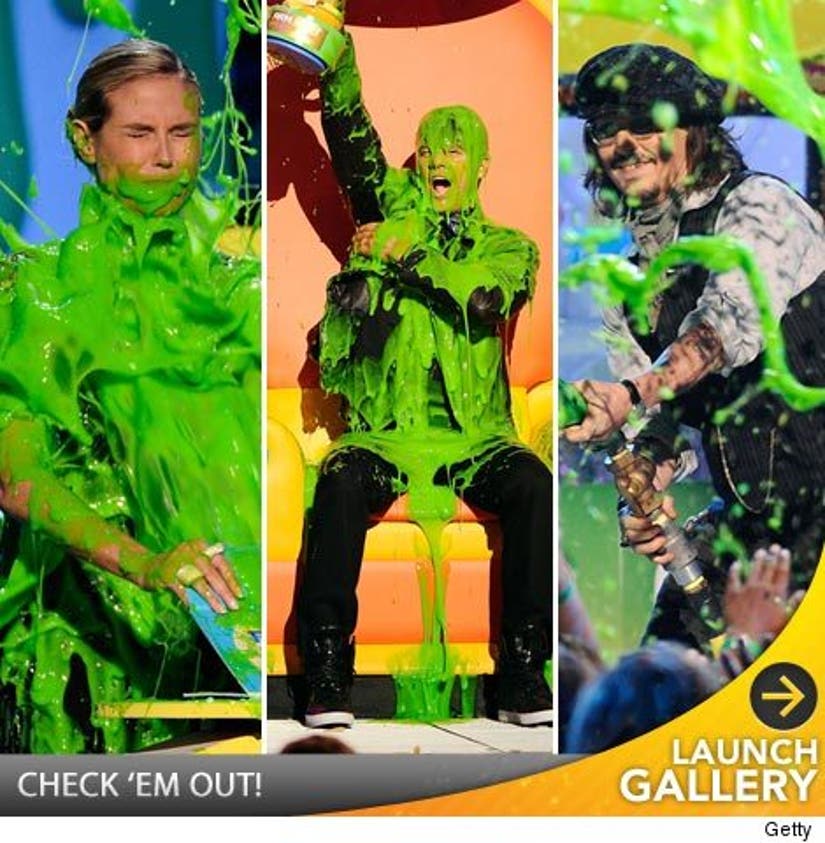 Heidi Klum, Snoop Dogg, Josh Duhamel, Russell Brand and more were all covered in the green goop during the awards show ... while Johnny Depp got hold of a slime hose and blasted the audience!

Check out the gallery above to see who showed up on the orange carpet. The list of winners is below.