Miranda Lambert and Taylor Swift both had some serious trophy love at last night's Academy of Country Music Awards! 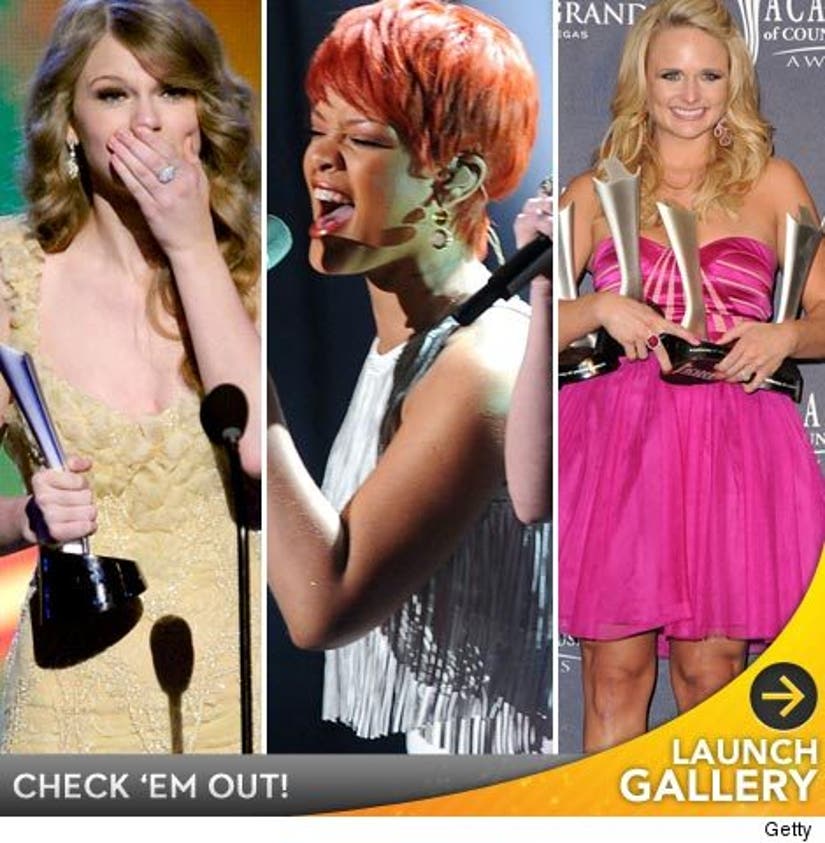 While Miranda picked up four trophies, including Female Vocalist and Song of the Year, Single Record of the Year and Video of the Year for "The House That Built Me," it was Swift who won the coveted fan-chosen Entertainer of the Year award.

"I'm just losing my mind," said Swift as she accepted her trophy at the Las Vegas event, "The fact that this is from the fans makes it so beautiful."

The night was packed with huge stars -- and even had a couple crossover performances, including a Sugarland/Rihanna duet and "American Idol" winner Carrie Underwood singing with new "Idol" judge Steven Tyler. 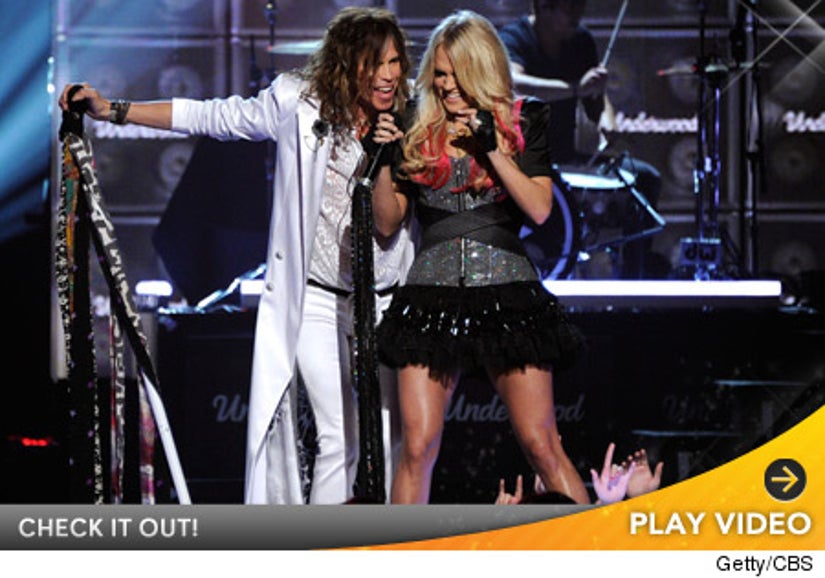 Reese Witherspoon also made her first public appearance since her wedding to Jim Toth last weekend, when she presented an award with "Water for Elephants" co-star Robert Pattinson.

Check out all the red carpet fashion, plus key moments from the show in the gallery above!

Entertainer of the Year: Taylor Swift

Song of the Year: 'The House That Built Me' - Miranda Lambert - Tom Douglas, Allen Shamblin

Single Record of the Year: 'The House That Built Me' - Miranda Lambert - Tom Douglas, Allen Shamblin

Album of the Year: 'Need You Now' - Lady Antebellum

Video of the Year: 'The House That Built Me' - Miranda Lambert

Vocal Event of the Year: 'As She's Walking Away' - Zac Brown Band and Alan Jackson