Things got ugly on "America's Next Top Model" Wednesday when one contestant criticized another in front of Tyra Banks and the other judges.

Earlier in the episode, the models did a shoot with judge/photographer Nigel Barker, which resident "mean girl" Alexandria won. Fellow contestant Brittani felt Alexandria's win was undeserved and let her know afterwards. Nigel witnessed the entire tirade and questioned the two during the judging panel about it. 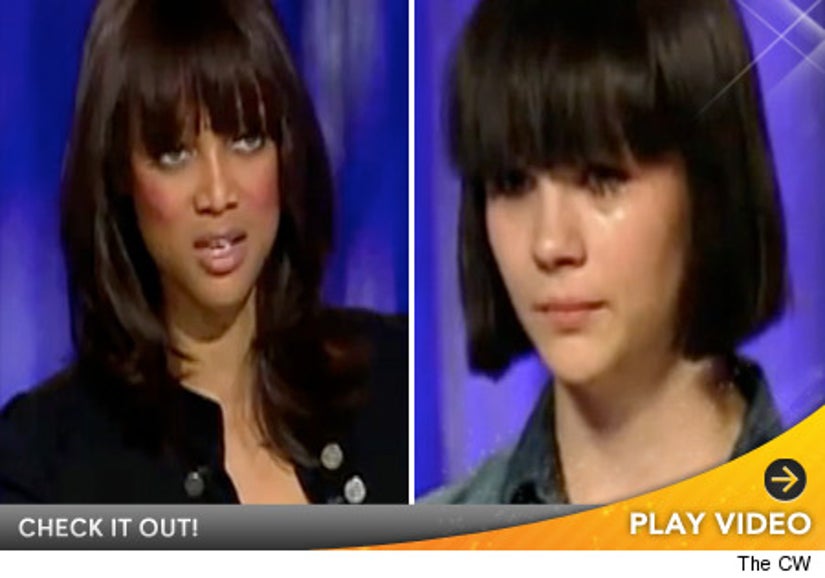 After being called out on her unsportsmanlike behavior by Tyra, Brittani suffered a panic attack and ran off set.

When Brittani returned, Tyra wanted to eliminate Brittani for her outburst, but the other judges, including Nigel, André Leon Talley and stylist Eric Daman voted 3-1 to keep her.