There was real magic on the set of "Harry Potter" -- two of its stars are now engaged! 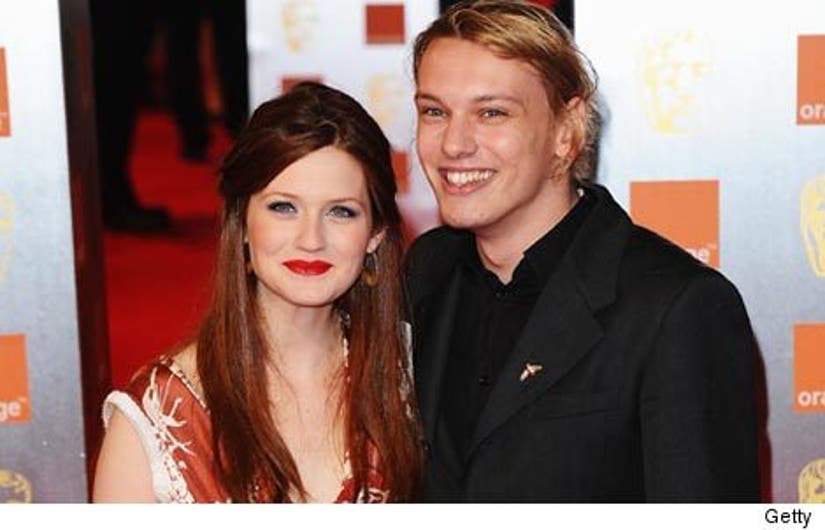 Jamie Campbell Bower, who plays Dark Wizard Gellert Grindelwald in "Harry Potter and the Deathly Hallows," and Bonnie Wright, who has portrayed Ginny Weasley in every single "Potter" film, will wed, Bower told The Daily. The couple confirmed they were dating to Us Weekly in February 2010.

"I am engaged. I'm very happy," Bower gushed. "It's a wonderful, wonderful time."

It will be the first marriage for Bower, 22, and Wright, 20. Both hail from London.

Fans of Bower can catch him in Starz new series "Camelot." He also will reprise his role in "The Twilight Saga: Breaking Dawn" as the vampire Caius.