Paul McDonald may have been sent home last night, but one former "American Idol" returned to the show that made her a star: Kelly Clarkson. 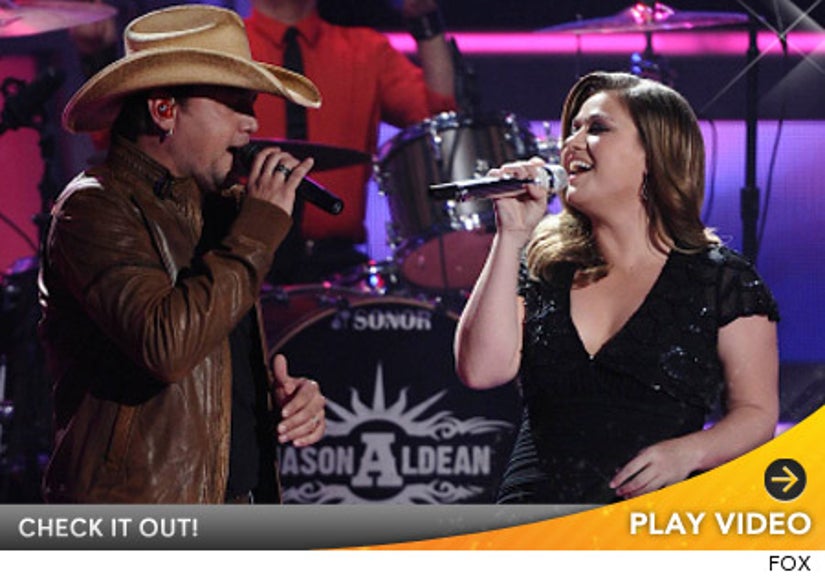 Clarkson, who won the first season back in 2002, took the stage last night with Jason Aldean to sing their hit song, "Don't You Wanna Stay."

The song is from Jason's album "My Kinda Party," out now.