The reality TV star and boyfriend of about a year Cy Waits have called it quits, Paris confirms to George Lopez on "Lopez Tonight."

"We're not together anymore. I love him and we remain really good friends," Hilton says on tonight's episode, adding "I feel like the relationship ran its course and we'll see what happens."

Watch Paris break the news below:

Paris and Cy, a former Vegas nightclub owner, started dating last spring and have spent most of their relationship in the public eye -- with a lot of their drama playing out on Hilton's reality show, "The World According to Paris."

The two have always been overly affectionate on almost every red carpet they've been on together and even have matching mug shots from their August arrests in Las Vegas. 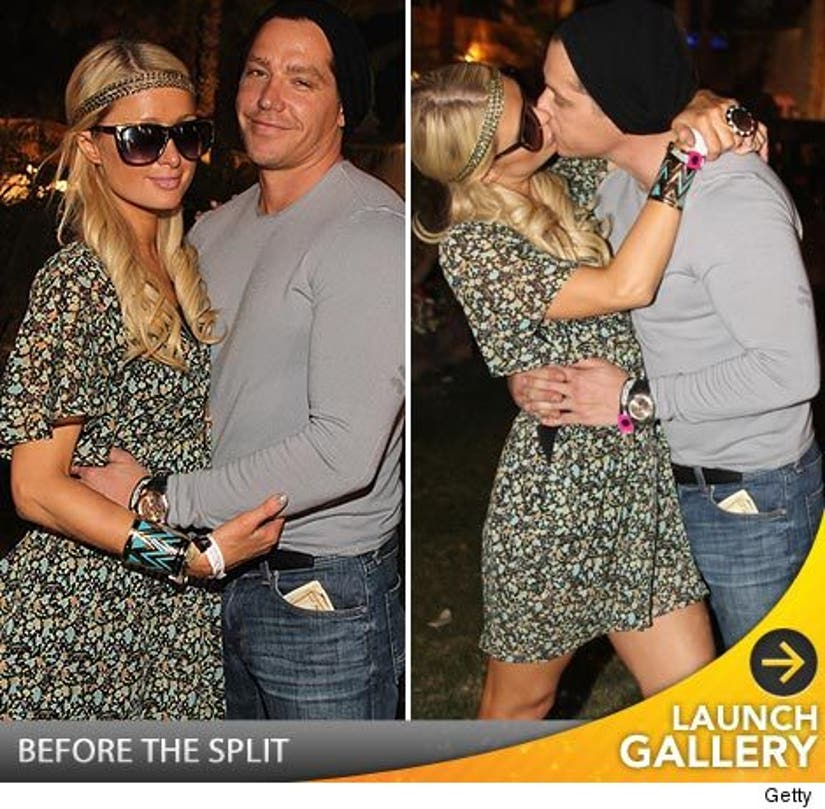 Check out the gallery above for a relationship timeline!