"Transformers: Dark of the Moon" is still over a week out from it's release, but star Rosie Huntington-Whiteley's face has been everywhere -- on the red carpet, on television, and on newsstands.

The British beauty graces the July/August 2011 cover of Women's Health, and reveals her secrets to staying in shape. Click on the photo below for the full cover and more sexy shots: 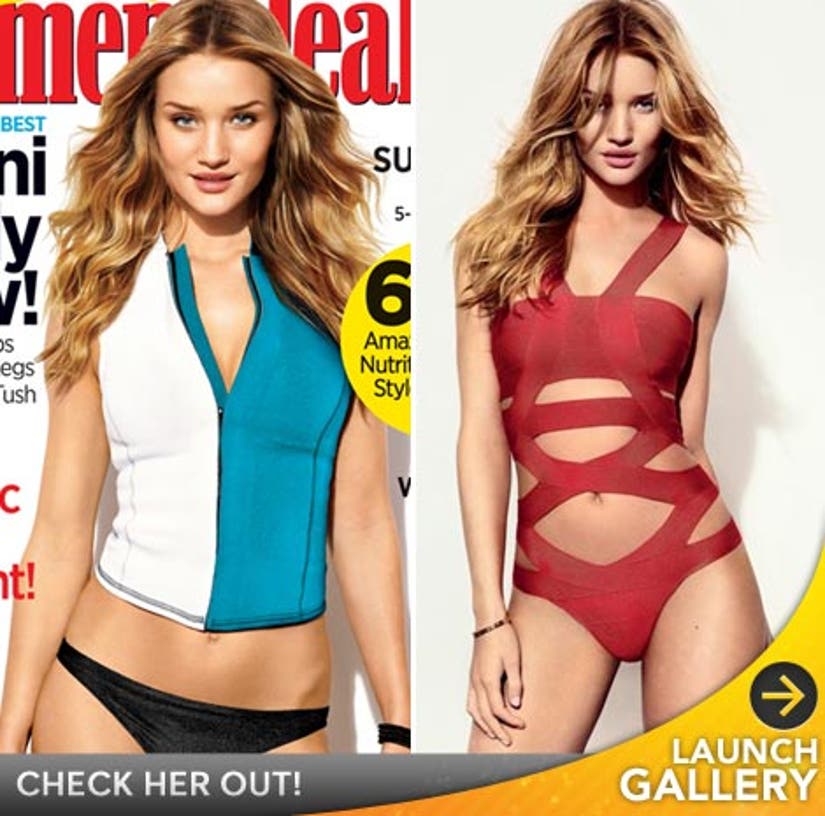 A healthy lifestyle was instilled in Huntington-Whiteley as a child. Her mother, Fiona, is a fitness instructor. “As children we were never allowed to sit around watching TV or playing computer games,” the model tells Women's Health.

Diet plays an important part for Huntington-Whitely, who champions eating clean. “Thinking about the things that go into processed foods—chemicals, additives. Sometimes you go into a supermarket and the apples are all the same size and color, but that's not what apples are supposed to look like. Go to an orchard or an organic farm, and the apples are sometimes knobby, but they taste better.”

One of her go-to foods? A "green" shake made by blending five fistfuls of fresh spinach, three stalks of celery, and three apples. “A year ago, if someone had told me that I was going to drink this stuff, I would have laughed. Then I needed some pep. Knock this back and you've got energy!”

Energy was definitely important on the stunt-filled "Transformers" set. “Shia [LaBeouf] made it clear this wasn't just about becoming a movie star. The shooting schedule was going to be grueling,” the actress admitted.

Despite all her hard work, Huntington-Whiteley knows how to have fun and let loose. “I love to go out, dance, and have a drink!” she says.

To read the full story, click here or check out the July/August 2011 issue of Women's Health, on newsstands June 28th.

And to see Rosie's acting debut, head to theaters for "Transformers: Dark Side of the Moon" on June 29.