Katharine Hepburn was the epitome of class, so it's not surprising her home is as well.

Located in Old Saybrook, Connecticut, the 8,368 square-foot home has six bedrooms and seven and a half bathrooms, and a private dock and beach. Check out all the photos below: 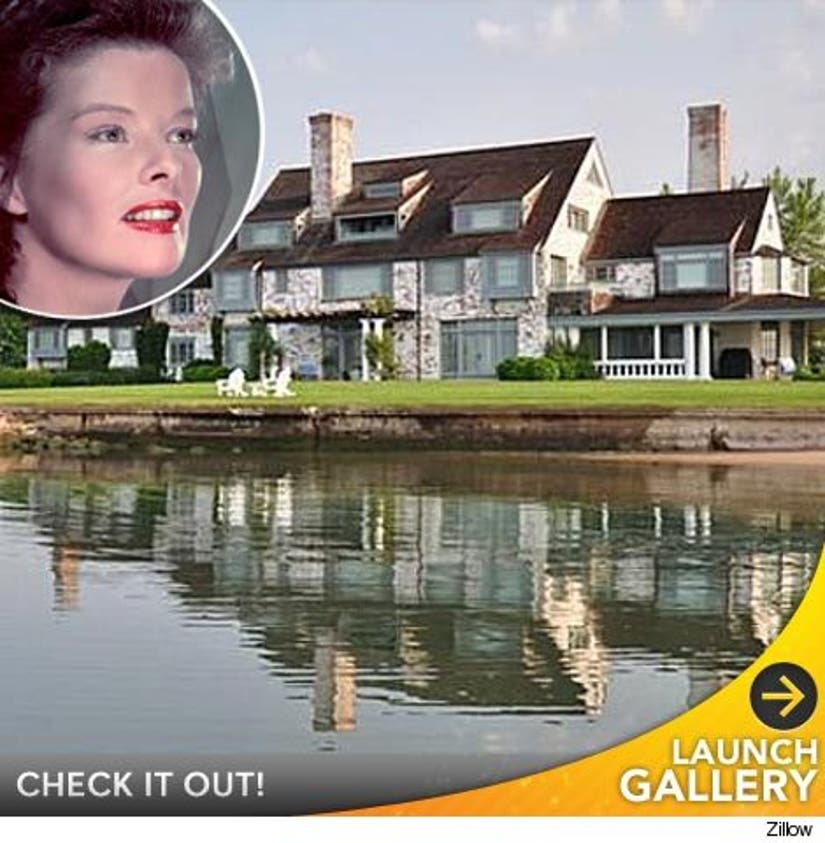 The brick and wood estate was constructed in 1913, but was destroyed in 1938 during The Great New England Hurricane. The home was rebuilt and Hepburn lived there until her death in 2003. Barbara and Frank Sciame bought the home in September 2004. According to Zillow, they paid $6 million for the property.

Extensive renovations were made, and the Sciames used it as a summer home for many years -- furnishing it with pristine white furniture. After deciding to sell it, the Sciames divided the estate into three parcels. The one containing the home was listed for sale last week for $18 million, but all three can be yours for $28 million.

One final piece of trivia -- Hepburn's 1933 Best Actress Oscar for "Morning Glory" was believed lost in the 1938 storm, but later retrieved. It was one of four Best Actress statuettes she won -- more than any other actor, male or female.

If you had $18 million, would you buy this home with all its rich history? Sound off in the comments below.