Heidi Klum gets risque in the new issue of Glamour -- where she poses topless and opens up about her intimate moments with husband Seal.

My husband and I just had a “sexy week” in London," says the 38-year-old "Project Runway" star, "I'd put on a super-short skirt with a garter belt on underneath so that when I'd sit, he could see it. It's fun to sauce it up a little bit."

Klum adds, "I'm not saying you have to put a pole up in your bedroom and start swinging off the rafters. But I love that sometimes!"

Even the couple's more comfy clothes spice things up, with Klum saying "He [Seal] loves pajamas! He's very English, so he loves pajamas and slippers…. We start off wearing the pajamas, and sometimes they come off!"

Klum, who's never one to be shy, also talked about the couple's over-the-top Halloween costumes.

"I think putting on a costume loosens people up. Put on a wig, and all of a sudden it's like, Woo-woo!" she says. "To me, life is about creating memories. The regular days kind of just blend in. You have to create special times so that you will always remember them."

Check out her most memorable costumes below. The new issue of Glamour hits newsstands July 5. 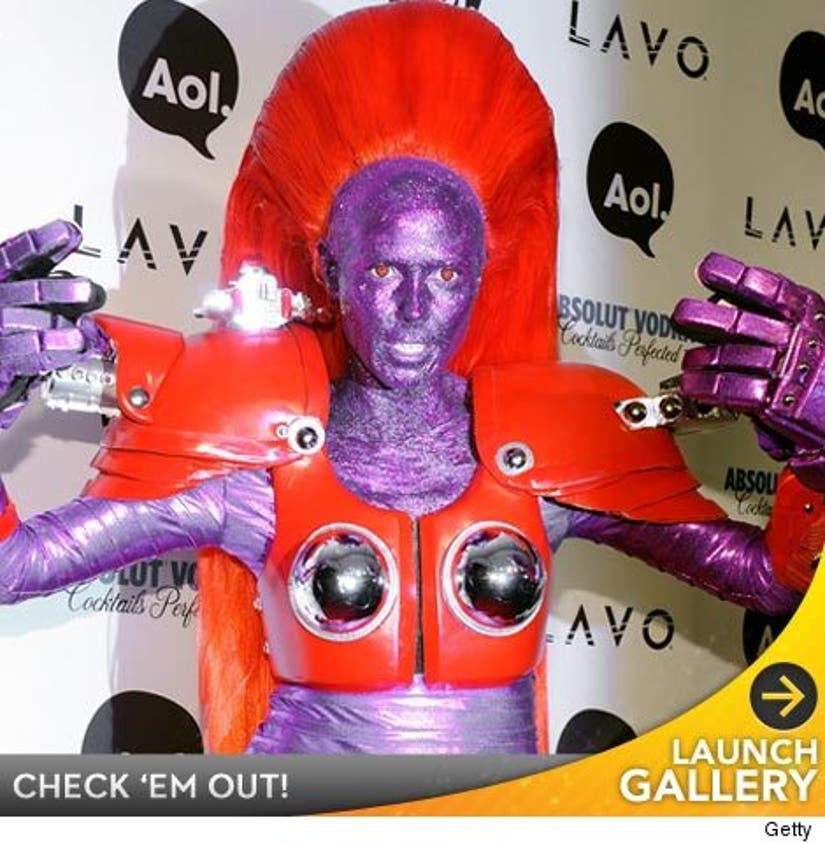