Kate Hudson and her fiance Matt Bellamy welcomed their first child on Saturday, her publicist confirmed -- and it's a "healthy baby boy!" 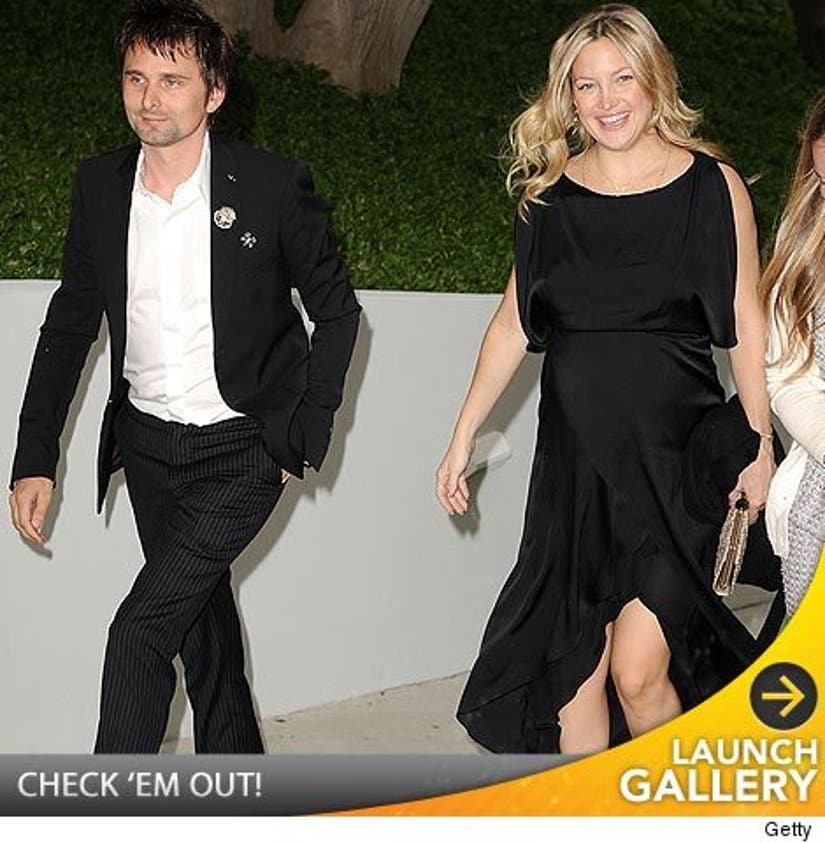 It is the first child for the actress and the Muse frontman. Hudson has a 7-year-old son, Ryder, with Black Crowes singer Chris Robinson. The baby's name was not released.

"I love being pregnant," Hudson told "Marie Claire" magazine last month. "Gosh, I could be pregnant all the time." In June, she held a star-studded baby shower with her famous friends Courteney Cox, Nicole Richie, and stylist Rachel Zoe.

In February, Hudson reportedly bought a home in London to be closer to her British beau, and announced their engagement in April.