Justin Timberlake's new movie mirrors his own life -- at least when it comes to moms walking in on him "in the act."

JT recently admitted his mother walked in on him getting intimate with a lady friend back in the day ... and it's exactly what happens to his character in a just released clip from "Friends with Benefits." 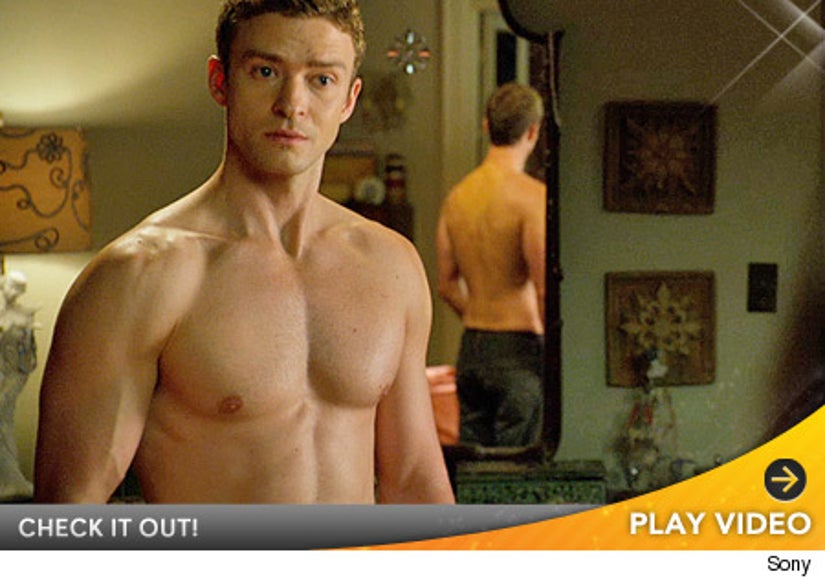 The clip stars with Justin and co-star Mila Kunis getting hot and heavy ... only to have them interrupted by the hilarious Patricia Clarkson, who plays Mila's character's mom.

Joining Timberlake, Kunis and Clarkson in the flick is Woody Harrelson, who pops up in one clip as a gay friend of Justin's character. Watch that video below: 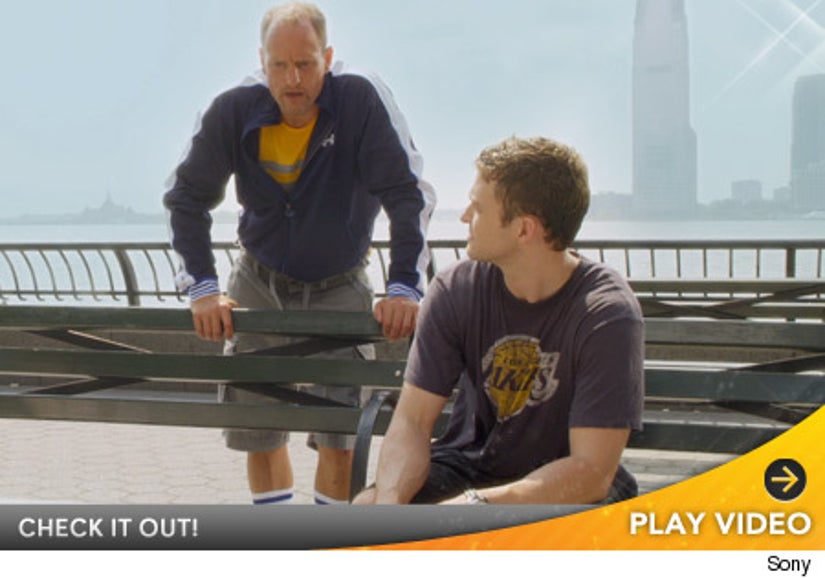 The movie, which opens July 22, also features a big flash mob in Times Square -- though neither of the film's big stars really joins in on the dancing action. 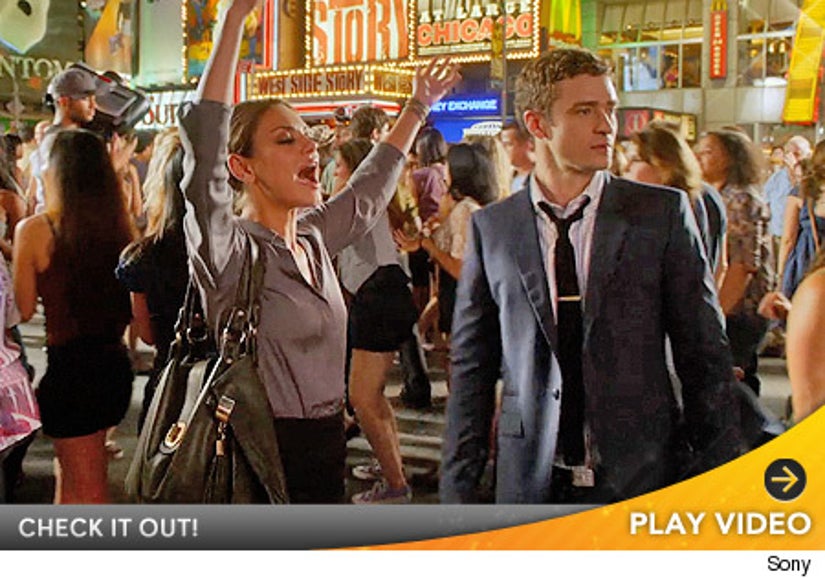