Kim Kardashian and fiance Kris Humphries celebrated their bachelorette and bachelor parties last night in Las Vegas -- and we've got photos from inside both of them! 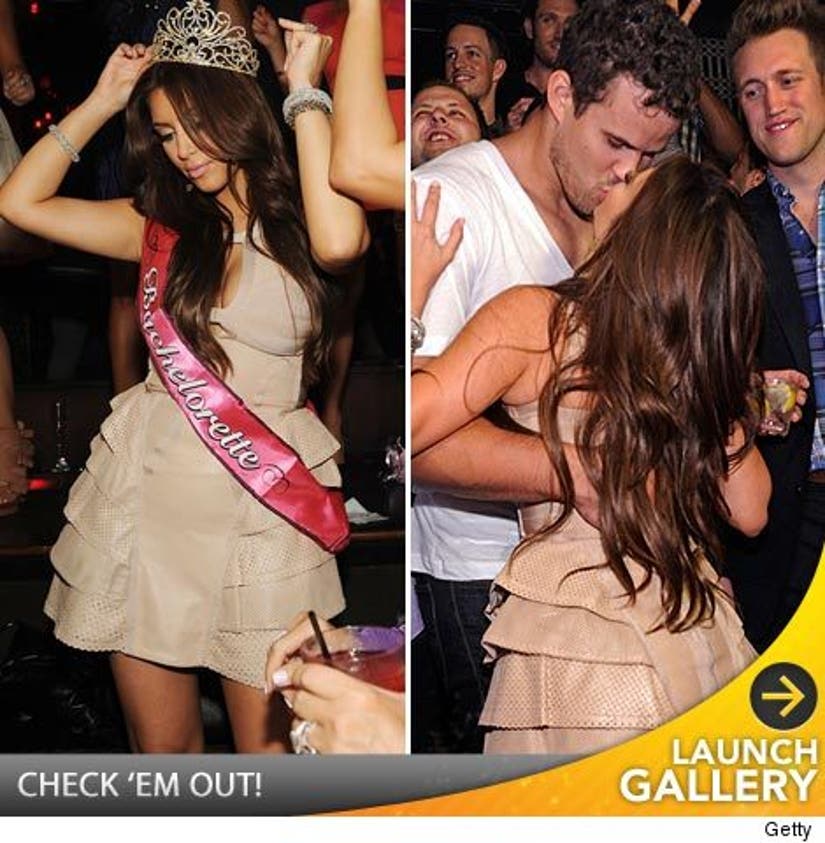 Kardashian held her girls night out at Tao Las Vegas, where she was joined by sisters Kourtney, Khloe and mom Kris, as well as celeb friends like LaLa Vazquez, Brittny Gastineau and Robin Antin. The groom-to-be's sister Kayla Humphries also attended.

Khloe had set out to embarrass her sister and it sounds like she may have succeeded -- as there was reportedly a little person stripper and phallic straws. Kim also wore a sash and crown through the night.

Kris was giving a cake saying "Property of Kim Kardashian for Life" -- but that wasn't his only surprise of the night. Around 2AM, his bride-to-be made a surprise visit to the club, where Kris instantly gave Kim a huge kiss for the crowd.

Kim definitely enjoyed her night out, tweeting after "Amazing nite! DJVice killed it! The ladies shut down Tao."

The couple is set to marry August 20.