No L.A. party would be complete without "The Real Housewives of Beverly Hills" cast. All six big haired, blinged out wives showed up wearing little black dresses. Also in attendance was "The Office" cast (minus Steve Carrell, who departed the show last season), as well as favorites from other NBC comedies, dramas, and reality shows. Click on the "Launch Gallery" button to see all the photos: 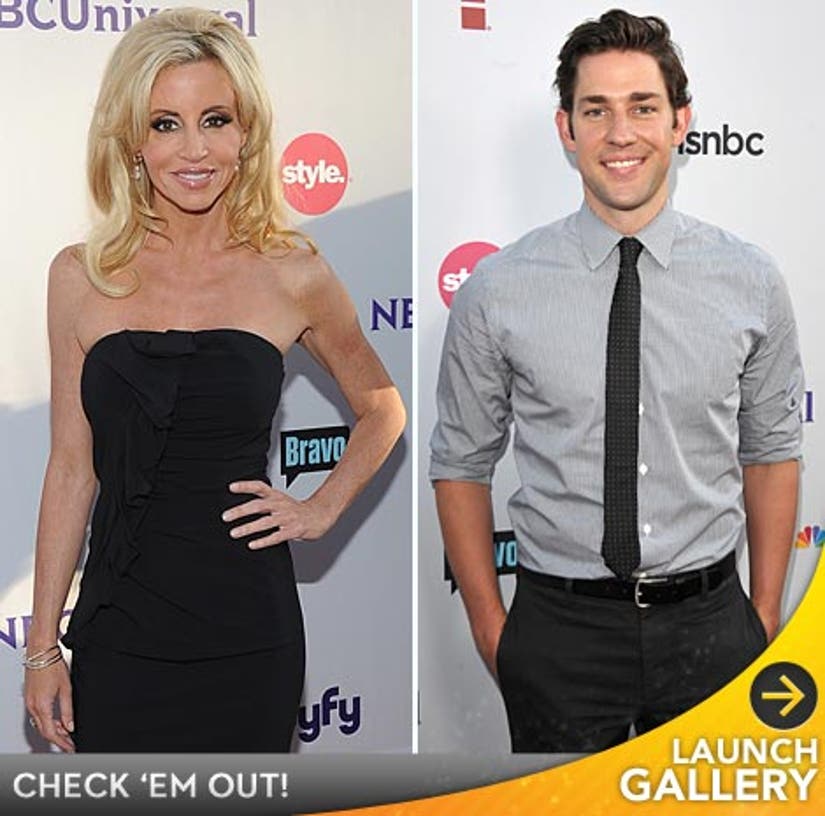 There were some new additions to the NBC family, including "Biggest Loser" trainer Anna Kournikova, "The Sing Off" judge Sara Bareilles, hunky "Grimm" actor David Giuntoli, and the beautiful bunnies of "The Playboy Club." A few familiar faces returned too; Christina Applegate has a new sitcom called "Up All Night," while Sean Hayes will guest star on "Grimm."

Which show are you most excited about? Tell TooFab in the comments below!