Coldplay performed a mini-tribute to Amy Winehouse last night during a concert in L.A. -- and stars like Lindsay Lohan, Gwyneth Paltrow and Channing Tatum were all in the house for the show. 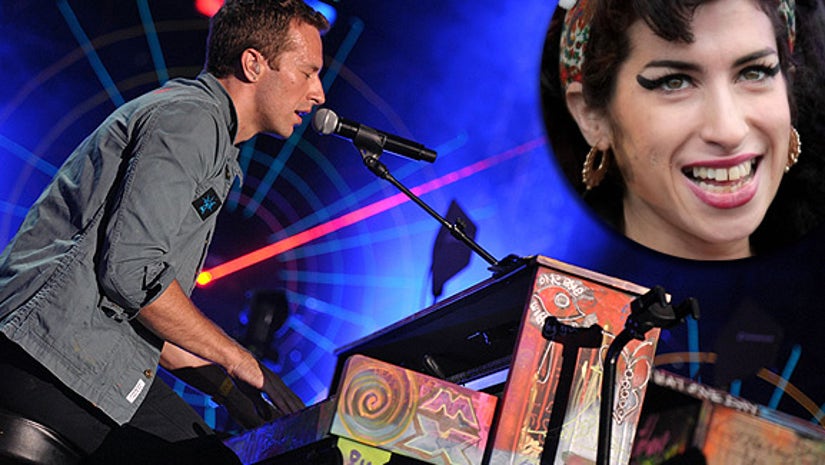 The Chris Martin-fronted band headlined the Samsung AT&T Summer Krush concert at the UCLA Tennis Center the GRAMMY Foundation on Wednesday, where they sampled the late Winehouse's hit song "Rehab" before closing out the show with their own single "Fix You."

The Coldplay song is definitely fitting for the troubled Winehouse, with lyrics like "And the tears come streaming down your face, when you lose something you can't replace ... I will try to fix you."

Lohan approved of the tribute, as she was seen holding up her lighter while the band performed.