The love-fest between Katy Perry and Rebecca Black continued over the weekend -- as Katy had the "Friday" singer join her on stage to sing the infamous song. 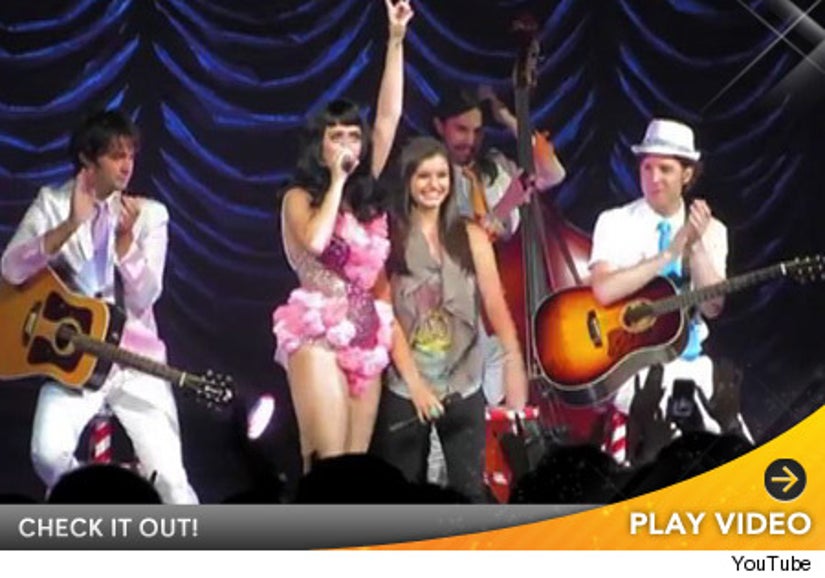 During her concerts, Perry always covers other artists' songs during an acoustic set -- but this time, she surprised the crowd by bringing Black out to duet with her.

The audience went crazy as they performed "Friday" together.

This isn't the first collaboration between the two -- Black also appeared in Katy's video for "Last Friday Night (T.G.I.F.)"