Joey McIntyre gave his Canadian fans something extra to scream about during a recent NKOTBSB concert in Ontario -- when he stripped down to his underwear during the show! 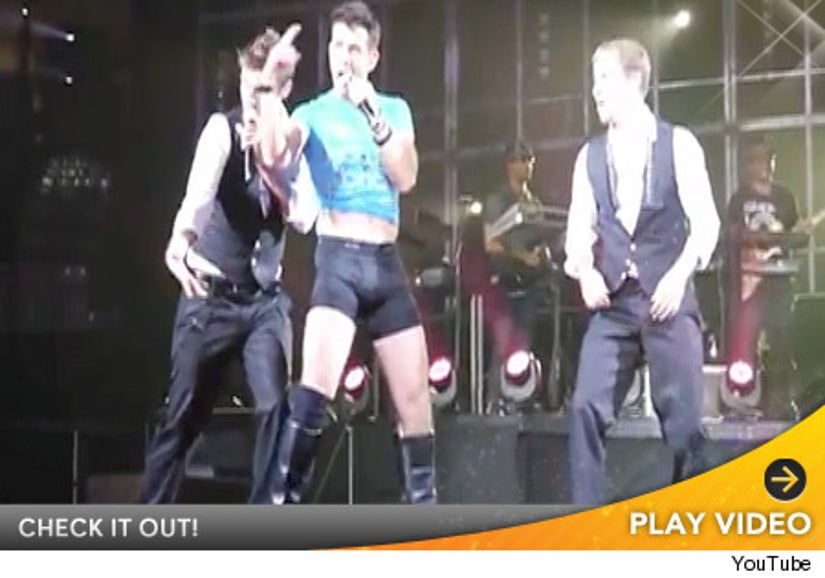 The on-stage strip show happened Sunday night while the Backstreet Boys were singing "Quit Playing Games with My Heart." Joey, wearing a girls' baby doll t-shirt, leather boots and his boxer-briefs, ran out on stage and took over the mic -- singing the BSB song.

The 38-year-old then did a little dance, kissed Nick Carter on the lips and left the guys to finish it on their own. Watch the full performance from a fan here.

The stunt was in retaliation for A.J. McLean doing the same thing to the New Kids earlier in the show -- check that video out here.

Also, props to Best Week Ever for finding this amazing video.