Prepare to be insanely jealous of Salma Hayek -- who shows off her incredible body while talking about living the "privileged" life in Allure. 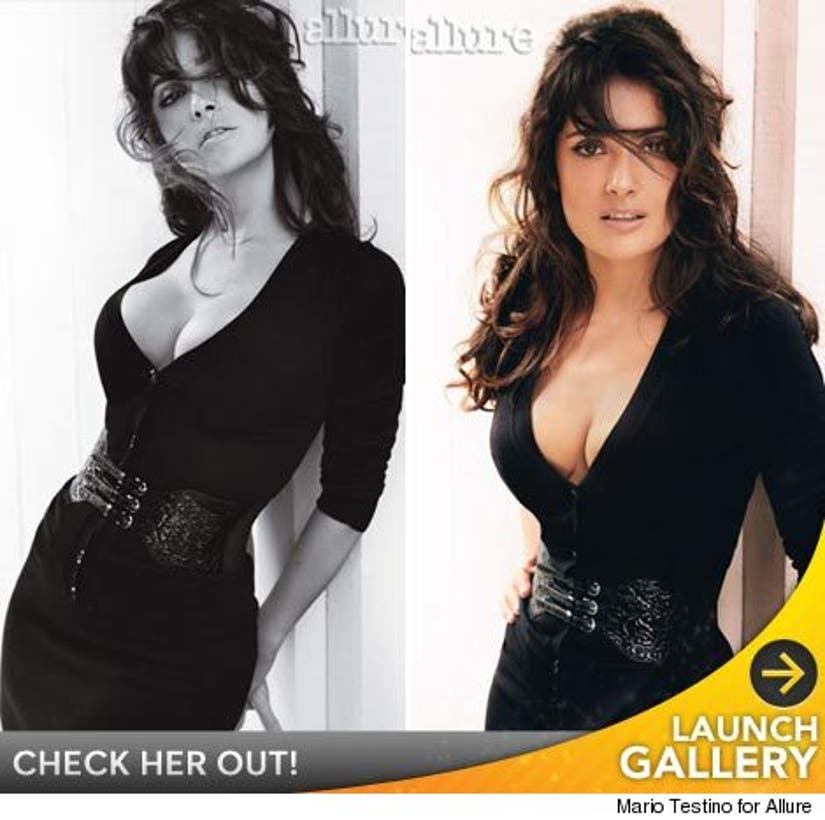 "I never understood the point of being privileged if you don't get to have the privileges," says Hayek about raising daughter Valentina. "Like, people who won't take their kids to an expensive restaurant, or won't travel with them, or make them pay for everything at a really young age. I think it's important that kids have responsibilities and understand the value of things, but I think it's great that my daughter gets to travel the world."

Valentina is her three-year-old daughter with billionaire Francios-Henri Pinault.

The 44-year-old actress also shows off her famous curves in the new issue, where she admits they don't look as good as they used to. When asked which body part looked better 10 years ago, Hayek says "My boobs. They're not bad, by the way. I'm not complaining about them."

Hayek, who still looks incredible, also condemns plastic surgery overkill. She says, "I believe that every woman is entitled to fight to preserve her youth," but adds that too much surgery is "the uniform of a generation. And it's not necessarily beautiful. It's not wrinkled-looking, but it's not beautiful."

Check out the full interview when the issue hits newsstands August 23.