The 2011 VMAs are just over a week away, and MTV is pulling out all the stops in a series of new promos.

Lady Gaga and Britney Spears, two of this year's headliners, get sexy in two separate spots. 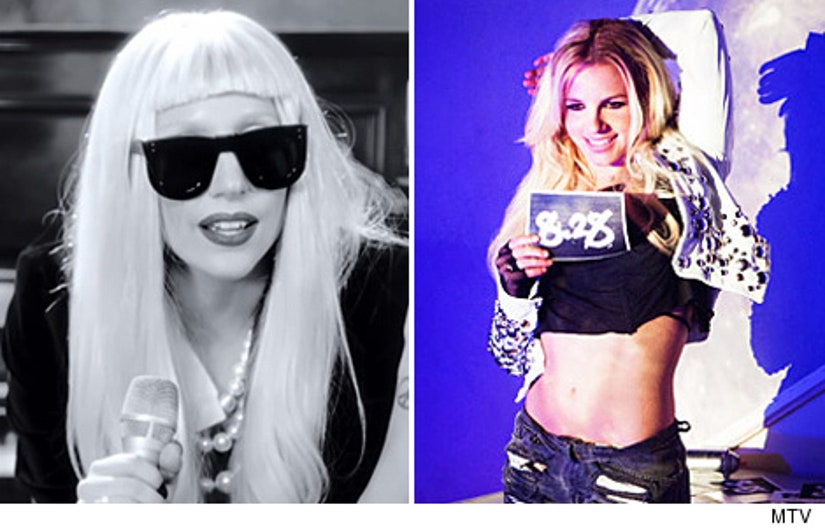 In one, Lady Gaga removes her bra while singing a jazzy version of her hit "You and I." Luckily, no wardrobe malfunction here!

In the second, a belly-baring Britney Spears hits the club while a montage of her songs play. Interestingly, Janet Jackson's "Rhythm Nation" is part of the mix, hinting that Janet will be part of the huge Britney Spears tribute (Katy Perry, Ke$ha, Nicki Minaj, Demi Lovato, Selena Gomez, Lady Gaga are also reportedly part of the homage).

Are you excited about the Britney Spears tribute? Who should be involved? Tell TooFab in the comments below!