A new promo for Season 3 of "Glee" was just released, and it may hint at some plotlines.

In it, Sue Sylvester (Jane Lynch) targets various cast members with dodgeballs while the Go-Go's "We Got the Beat" plays. Click on the "Launch Gallery" button below to see it: 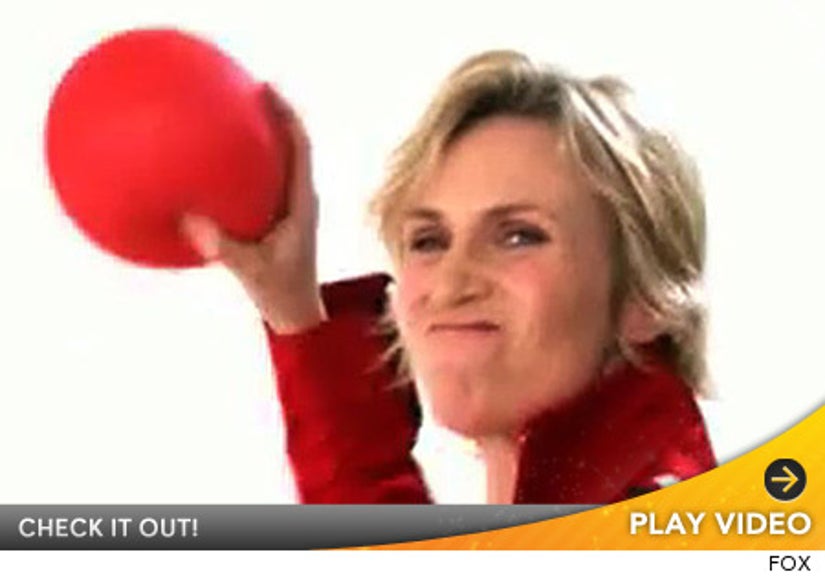 Sue's first target? The pairing of Mr. Schuester (Matthew Morrison) and Ms. Pillsbury (Jayma Mays) -- who (finally) got together at the end of the season. Rachel (Lea Michele) allows Finn (Cory Monteith) to take a ball to the face, suggesting that things are still rocky between them. Mike (Harry Shum Jr.) gladly takes a ball for his girlfriend Tina (Jenna Ushkowitz), while Puck (Mark Salling) takes one for Quinn (Dianna Agron). Hmm ...

New series regulars Shum and Darren Criss are both seen. Unfortunately, Chord Overstreet is gone after a dispute with the producers.

Mercedes (Amber Riley) will find new love with "Friday Night Lights" star LeMarcus Tucker, who willl again portray a football player. One new student will be a rich girl named Sugar, played by Vanessa Lengies. And of course, the newly crowned winners of "The Glee Project" -- Samuel Larsen and Damian McGinty -- will each have seven-episode arcs on the show.

Are you excited about the new season of "Glee"? Tell TooFab in the comments below. Season 3 of "Glee" premieres September 20 on FOX.