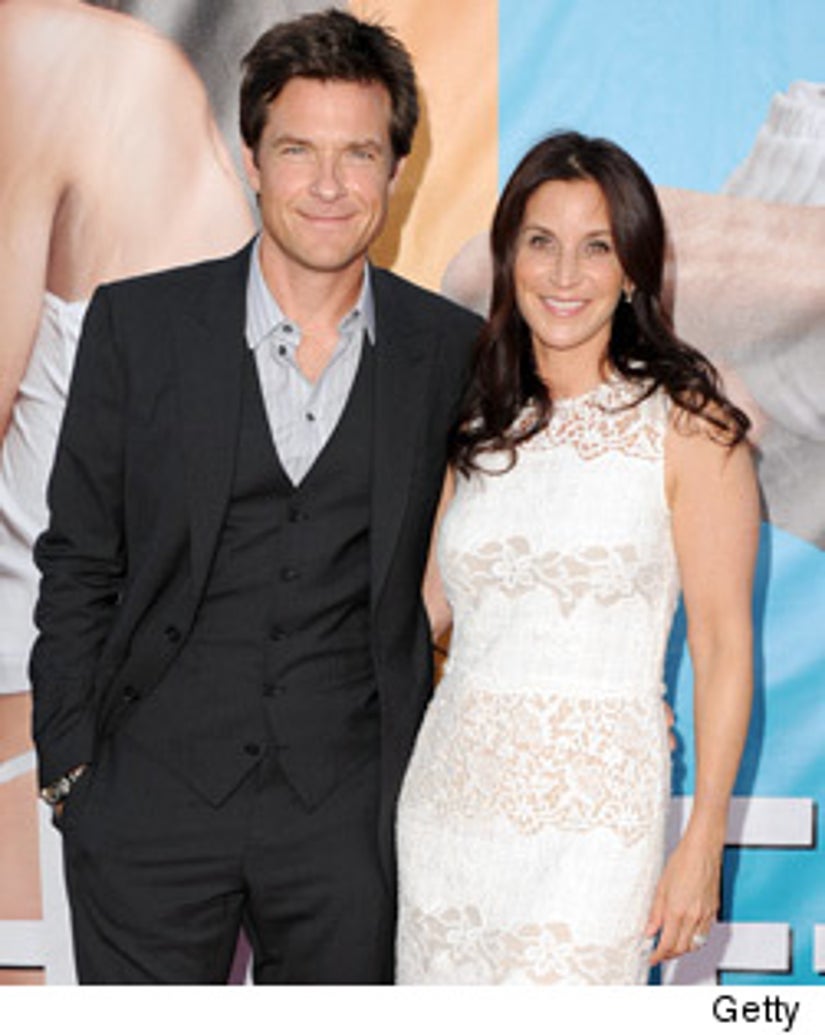 Let's hope Jason Bateman's nothing like the fed-up father he plays in "The Change-Up!"

The actor and wife Amanda Anka, both 42, are expecting their second child. The couple already has a 4-year-old daughter, Francesca Nora.

Amanda's father Paul broke the news to ET Canada. "I'm going to be a grandfather again," the legendary singer said. "It's another baby girl."

Jason has enjoyed a career resurgence this summer, appearing in "Horrible Bosses," and the aforementioned "The Change-Up." Up next, a film adaptation of the TV comedy "Arrested Development."

Congratulations to the expectant parents!