Rachel Weisz keeps a relatively low profile, which is why it was a huge surprise when she and James Bond star Daniel Craig wed over the summer.

The newlywed opens up to Lucky about having more children and her fondness for shopping and shoes. Click on the "Launch Gallery" button to see photos from her shoot and read on:

When asked about having a child with her new husband (she has a son Max, 5, with Darren Aronofsky), Weisz says, "Oh, I wouldn't make one just for the sake of giving my son a sibling, But…you never know.” She smiles again, nervously, proclaims her fondness for Baby Gap and then -- an interesting thought in passing, considering her new husband: “There's nothing like a blue-eyed boy in a stripy shirt.”

If Weisz and Craig do have children, don't expect them to be bound to the burbs. Her suburb was, she says, “a very freaky place.” Weisz continues, “I don't know if the houses are haunted, but I think the suburbs are where bad things happen because it's the place where people try to live out bourgeois values and ... well, if you don't let out what you really are, it's gonna come out in weird ways. You know? I think weird s--t happens in the suburbs.”

Weisz now spends less time shopping for clothes and more time cruising high-end cooking stores, in what is perhaps a nod to her altered domestic status. “I do appreciate a good pan and a good knife,” says Weisz.

Like many women, she is fond of footwear. “I've has this conversation with a girlfriend for 15 years that is kind of a joke, and kind of deathly serious, about finding the perfect pair of shoes,” says Weisz. “I always want to feel like I can take off if I have to -- the British expression is, 'shoes that let you run for the bus' -- but I love high heels too.”

Photos: Shoes you can "run for the bus" in

“Sometimes it's fun wearing very high heels and feeling needy ... needy is great because you feel you need to rely on someone,” the British beauty adds.

High heels are part of her job, but growing up Weisz didn't dream of roles and red carpets. “I wanted to be a detective. And a paleontologist. I was really into fossils. Though perhaps I was just trying to impress adults that I knew that word,” Weisz says.

For more of her interview, pick up the October issue of Lucky, available on newsstands September 6.

If Weisz's Dolce & Gabbana star dress looks familiar, it's because the print has been worn by over a dozen stars this summer. Check out the looks below: 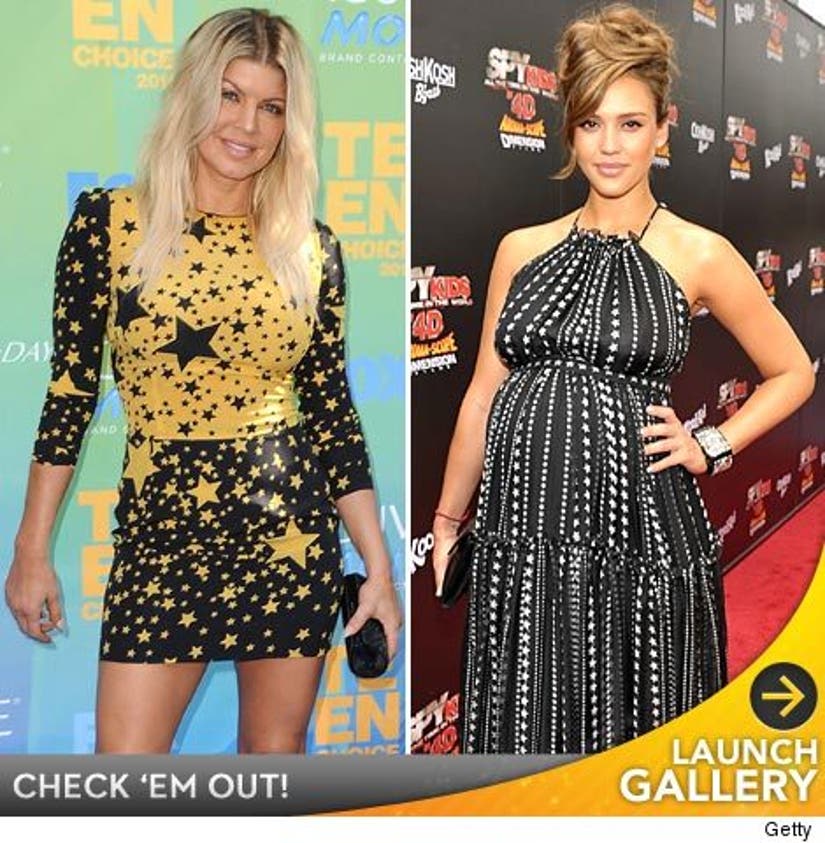 spent less time shopping for clothes and more time cruising high-end cooking stores, in what is perhaps a nod to her altered domestic status.