It's been awhile since we've seen Gwyneth Paltrow on the red carpet, and she didn't disappoint over the weekend with two amazing looks at the Venice Film Festival.

The actress was in Italy promoting her new film "Contagion," which opens next week and also stars Matt Damon (who's shaved his head for a new role), Kate Winslet, Marion Cotillard, Jude Law, and Laurence Fishburne.

Gwyneth stepped out for the premiere in a stunning pink Prada gown and side swept hair. Click on the "Launch Gallery" button below to see all the photos: 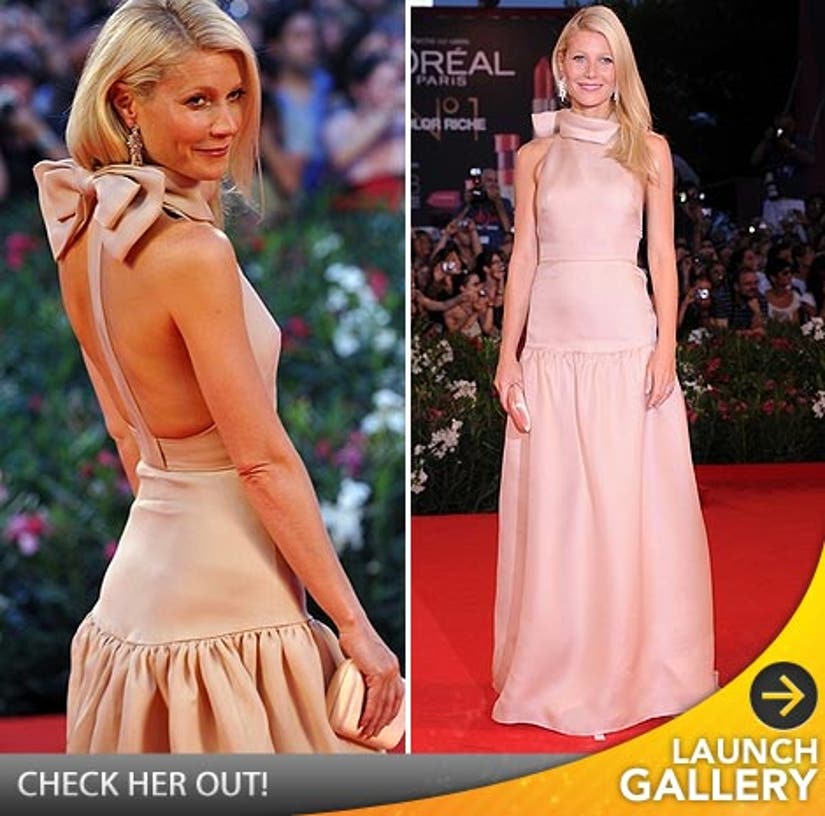 Earlier in the day, she attended the photocall also wearing Prada (a nice nod to the Italian hosts). For the more casual event, she wore a chic coral dress with black belt. She looked fantastic with her blond hair and summer tan.

The only thing that would've made the event better was the inclusion of costars Marion Cotillard and Kate Winslet, who already had her red carpet moment at the Venice Film Festival in this incredible curve-hugging dress.

Which look of Gwyneth's was your favorite? Tell TooFab in the comments below!