Warning: This video of Darren Criss singing a medley of Disney tunes may be too cute for some viewers to handle.

The "Glee" star was the musical guest last night for the 2011 Billboard Film and TV Music Conference, where composer Alan Menken received the Maestro Award for his songs in such classics as "Aladdin," "Beauty & the Beast," "Newsies" and more.

Criss performed an amazing medley of hits from those flicks -- and upped the ante with one very special surprise: Princess Jasmine herself.

Lea Salonga, who was the singing voice for Jasmine and Mulan, surprised Menken by joining Criss to sing "A Whole New World" ... and it was awesome.

Just sit back and enjoy! 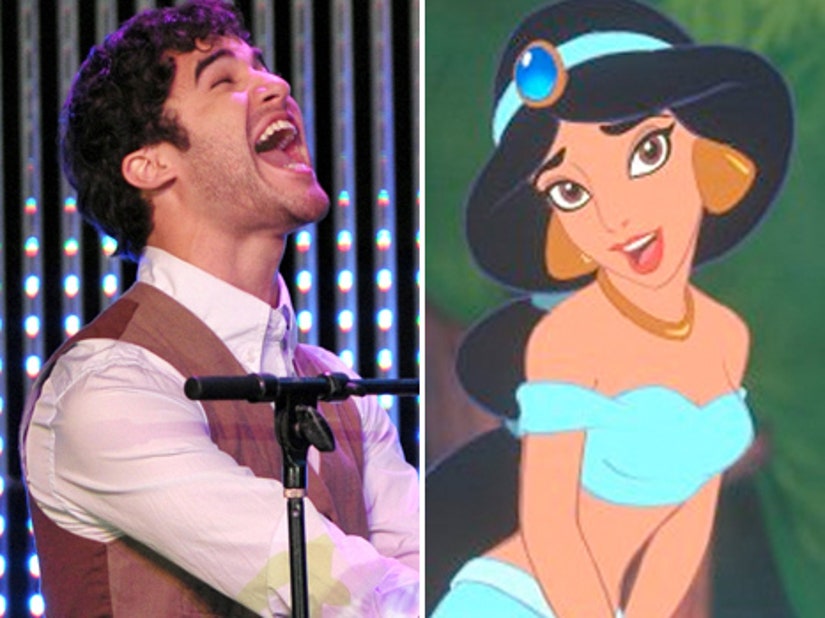